Ontario to have Family Day

The leader of Ontario follows the election campaign promise. Every third Monday in February will be a legal holiday called 'Family Day'. 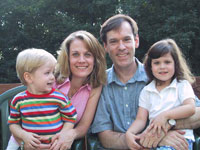 Ontario to have Family Day

Voters re-elected Premier Dalton McGuinty and the Liberals as the majority party in Ontario's legislature on Wednesday night.

The offer of a day off from work proved popular with voters - who made McGuinty just the second Liberal leader in 70 years to win back-to-back majority governments in Ontario, home to more than 12 million of Canada's 32 million people.

"Families are busier than ever," McGuinty said. "That's why we committed to creating a new long weekend in February by introducing a new statutory holiday in February, family day. I'm pleased to announce that Ontario's first ever family day will be celebrated on the third Monday this February and every third Monday hence."

Opposition parties blasted the idea as little more than a blatant attempt to win over voter support in the election.

Ontario will now have nine long weekends per year, on par with the Canadian provinces of Saskatchewan, Alberta and British Columbia

The Canadian Federation of Independent Businesses, which represents small and medium-sized firms that employ nearly half of Ontario's 6.6 million workers, has said the added holiday would cost the economy US$2 billion (€1.41 billion).

McGuinty argued Ontario's economy is now strong enough to withstand the financial burden of adding another paid holiday, especially since the Liberals finally moved the province out of the red and into budget surpluses.

McGuinty told cheering supporters in Ottawa on Thursday that his government was given clear guidance Wednesday night stemming from the win. He said he wants to continue improvements to medicare and public education - two sectors his government has already spent billions on since coming to power in 2003.

The previous Conservative government's rule was marked by cuts in taxes and spending.

Although the promise of a holiday became popular during the campaign, it was not the most talked about issue. Opposition Conservative leader John Tory lost his seat largely because of earlier campaign promises to fund religious schools - a pledge which some Conservatives and others opposed because it would cover non-Christian faith-based schools, as well.