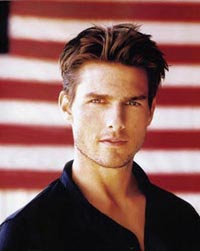 A Belgian prosecutor on Tuesday recommended that the U.S.-based Church of Scientology stand trial for fraud and extortion, following a 10-year investigation that concluded the group should be labeled a criminal organization.

Scientology said it would fight the criminal charges recommended by investigating prosecutor Jean-Claude Van Espen, who said that up to 12 unnamed people should face charges.

"They also face charges of being ... a criminal organization," Pellens said in a telephone interview.

An administrative court will decide whether to press charges against the Scientologists.

In a statement, Scientology's Europe office accused the prosecutor of hounding the organization and said it would contest the proposed charges at the court hearing.

"For the last 10 years the prosecutor has been using the media trying to damage the reputation of the Church of Scientology and not being able to put a case in court," Scientology said. "As a consequence this created a climate of intolerance and discrimination" in Belgium.

It added that the prosecutor's recommendations suggested Scientology was guilty even before a court could hear the charges, making it "difficult for the Church of Scientology to recover and properly defend (itself) before the court."

Scientology has been active in Belgium for nearly three decades and in 2003 opened an international office just a few meters (yards) away from the headquarters of the European Union to lobby for its right to be recognized as an official religious group, a status it does not enjoy in Belgium.

A Belgian parliamentary committee report in 1997 labeled Scientology a sect and investigations were launched into the group's finances and practices, such as the personality tests conducted on new members.

Investigators have spent the past decade trying to determine how far Scientology went in recruiting converts after numerous complaints were filed with police by ex-members claiming they'd been the victims of intimidation and extortion.

Justice officials seized financial records, correspondence, bank statements and other papers during their decade-long probe to track the flow of money to Scientology. Police also raided the offices of several consultancy firms linked to the Church of Scientology.

Pellens said that prosecutors expect Scientology to mount a strong legal challenge to the charges at a court hearing, which could come in the next two to three months. She acknowledged that could delay the case for years.

Belgium, Germany and other European countries have been criticized by the U.S. State Department for labeling Scientology as a cult or sect and enacting laws to restrict its operations.

The Los Angeles-based Church of Scientology, which is seeking to expand in Europe and be recognized as a legitimate religion, teaches that technology can expand the mind and help solve problems. The church, founded in 1954, counts actors Tom Cruise and John Travolta, among its 10 million members.