Activists of Malaysia's Islamic opposition party say that US pop singer Gwen Stefani should not stage her shows in the country because she would corrupt the Muslim-majority youth of the nation. 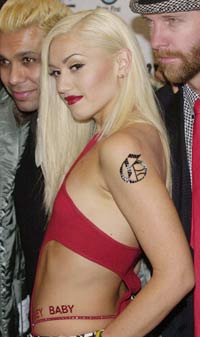 Earlier Friday, members of the party, the only opposition party to rule a state in Malaysia, handed a two-page memorandum to the organizer, Maxis Communications Bhd., to call off the Aug. 21 concert. They also submitted a memorandum to the Kuala Lumpur municipal authorities.

Their protest, however, is unlikely to have any effect, and preparations for the concert are well-underway, and Stefani has promised to dress modestly.

Following a similar protest by the 10,000-member National Union of Malaysian Muslim Students earlier, organizer Maxis pledged that Stefani will follow the local code of ethics for foreign artists, which bans the unnecessary baring of skin.

In Malaysia, ethnic Malay Muslims form about 60 percent of the population, with ethnic Chinese and Indians of Christian, Buddhist and Hindu faiths forming most of the rest.

Maxis, the country's biggest mobile phone company, hopes to attract some 9,000 people to the concert, which is part of the 37-year-old singer's Sweet Escape world tour that also includes Australia, Japan, Singapore, Hong Kong and Thailand.

The Culture, Arts and Heritage Ministry said enforcement officers would meet Stefani before the concert to remind her about local guidelines and monitor her stage act.

Under the official guide to performing in Malaysia, a female artist needs to cover from the top of her chest to her knees including shoulders. No jumping, shouting or throwing of objects on stage or at the audience is allowed. Performers can also not hug or kiss and their clothes must not have obscene or drug-related images or messages.

A local company, which organized a Pussycat Dolls concert last year, was fined 10,000 ringgit (US$2,857, EUR 2,091) after the U.S. all-girl group was found to have flouted decency regulations.