U.S. Food and Drug Administration investigates reasons why Chinese seafood was not tested

The U.S. Food and Drug Administration announced Wednesday that it is investigating whether shipments of Chinese seafood on an agency watch list were properly cleared for public consumption without being tested for banned drugs or chemicals. 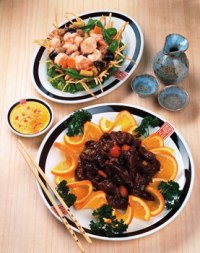 U.S. Food and Drug Administration investigates reasons why Chinese seafood was not tested

Agency officials said that while they believe the shipments were screened correctly, they wanted more details. That review comes in response to findings The Associated Press published Tuesday that at least 1 million pounds (0.45 million kilograms) of frozen shrimp, catfish or eel raised in Chinese ponds were on an agency watch list but were not diverted to a lab.

The 28 shipments the AP identified arrived under an FDA "import alert," which is supposed to trigger the tough screening requirement.

The seafood, equal to the amount 66,000 Americans eat in a year, did not pose an immediate public health risk. The FDA has worried that long-term exposure to substances fed to some Chinese seafood could increase the risk of cancer or make antibiotics less potent.

A leading Democrat in the U.S. House of Representatives said the AP's report raises serious questions about FDA's inspection system, and his committee's investigators want the FDA to explain what percentage of all import alert shipments from China - not just seafood - are being stopped and tested.

"The discovery that suspect seafood from China has reached dining room tables in America without being tested is disturbing," said Representative John Dingell, whose Energy and Commerce Committee has been investigating the FDA's imported-food safety record. "Apparently, the 'import alert' system used by the FDA to test high risk foods cannot be trusted."

The agency said it has about 450 budgeted positions for screening all the imports it oversees - approximately 20 million shipments of everything from fish to vegetables to pharmaceuticals. Funding for inspectors has not kept pace with the surge in imports over the past decade, and FDA employees have told Dingell's committee they're too stretched to guarantee food safety.

For its investigation, the AP reviewed 4,300 seafood shipments from China and found 211 that arrived under import alert between October and May. It was during that period the FDA was putting specific Chinese companies with seafood that had flunked lab tests on its watch list, leading up to a June announcement that all farm-raised shrimp, catfish and eel had to be inspected.

The AP was able to reach importers that brought in 112 of the shipments. They said 28 of the 112 shipments had not been detained and tested.

The FDA did not verify the AP's numbers.

Agency officials said their initial research showed 19 shipments from a list the AP provided weeks before publication were flagged by FDA's computer system and reviewed by a person who determined they did not need to be tested. The officials said further research may add as many as four more shipments to the 19 they have identified.