India's president sworn in to office 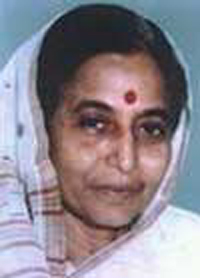 India's president sworn in to office

The first female president was inaugurated in India. This event is a boost for women in a country where they often face rampant discrimination.

Pratibha Patil's black limousine was escorted through the streets of New Delhi by a company of soldiers clad in white uniforms and riding horses and took the oath of office in a packed Parliament. The ceremony was followed by a 21 gun salute that could be heard across central New Delhi.

Patil, 72-year-old former lawyer, legislator and governor of the northwestern state of Rajasthan, was chosen for the largely ceremonial post by the governing Congress party and elected by national and state lawmakers on Thursday.

Despite being touted as an important step for gender equality, Patil's election has elicited only a lukewarm welcome from other women, with many saying her lackluster political career and rocky road to the presidency have given them little more than symbol - and not a leader who represents them.

"She was chosen for her loyalty and has moved from one post to another because of that same loyalty," said Madhu Kishwar, the editor of Manushi, a feminist and human rights magazine.

"I have always believed that it's not everything to just have sari-wearing creatures in politics. It's more important that politics stands for and enables honest, upright people to survive. But sycophancy is the only token that works," she said referring to Patil's known devotion to India's powerful Nehru-Gandhi family.

Patil was hand-picked for the post of president by Sonia Gandhi, the head of the governing Congress Party.

While India has had several women in positions of power - most notably Gandhi and her mother-in-law, Indira Gandhi, who was elected prime minister in 1966 - women still face a great deal of discrimination.

Daughters are often seen as a burden mostly because tradition requires that a bride's family pay the groom's family a large dowry of cash and gifts. Their education is often neglected, and many don't get adequate medical treatment when ill.

Last year, an international team of researchers estimated up to 10 million female fetuses had been aborted in the past 10 in years in India, a country of about 1.1 billion people.

With the backing of the Congress party, Patil's victory had been inevitable. But her presidential campaign was one of the most bitter in recent history.

She defeated incumbent Vice President Bhairon Singh Shekhawat, the candidate of the opposition Bharatiya Janata Party, in a contest marked by unprecedented mudslinging.

The Indian president is largely a ceremonial leader, but is vested with powers that can be significant in times of political crisis. The president is also the supreme commander of the armed forces.

Her victory, projected as a step forward for Indian women, didn't impress many analysts and ordinary Indians.

"I feel that having a woman as the head of state is in some way reflective of how progressive a society is, but Pratibha Patil is not a right candidate," said Shradha Biyani, a marketing executive.

But there are others who believe a woman occupying the 340-room colonial-era presidential palace will have an impact, even if it's only symbolic.

"In a democracy like India symbols matter a lot and so her election will have an overall positive impact," said women's rights activist Ranjana Kumari.

Still, Patil has faced criticism from opposition politicians, who say she lacks the national stature for the job and that her only qualification was unswerving loyalty to the powerful Gandhi family.

Patil's emergence on the national stage highlighted several scandals involving family members, including two who are under investigation by police.

Her comments ahead of the election calling on Indian women to abandon wearing headscarves were roundly denounced by Muslim leaders and by historians - who disputed her assertion that women only started wearing headscarves in India to save themselves from 16th century Muslim invaders.