A U.S. judge on Thursday dismissed former CIA operative Valerie Plame's lawsuit against members of the Bush administration in the CIA leak scandal. 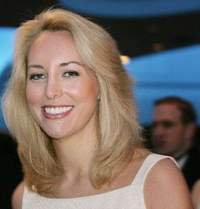 Plame, the wife of former Ambassador Joseph Wilson, had accused Vice President Dick Cheney and others of conspiring to leak her identity in 2003. Plame said that violated her privacy rights and was illegal retribution for her husband's criticism of the Bush administration's Iraq war policy.

Plame's attorneys had said the lawsuit would be an uphill battle. Public officials are normally immune from such lawsuits filed in connection with their jobs.

Plame's identity was revealed in a syndicated newspaper column in 2003, shortly after her husband, former Ambassador Joseph Wilson, began criticizing the Bush administration's march to war. Plame believes the leak was retribution and violated their U.S. constitutional rights.

Then Deputy Secretary of State Richard Armitage and Rove were the sources for that article, which touched off a lengthy leak investigation. Nobody was charged in with leaking but Libby was convicted of lying and obstruction the investigation. President George W. Bush commuted Libby's 2/1-year prison term before he served any time.