Talks on North Korea nuclear disarmament extend for one day

Talks on North Korea's nuclear disarmament are to be extended by one day through Friday, the Japanese delegation to the talks said Thursday. 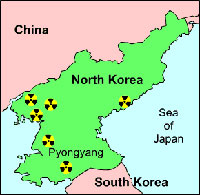 Talks on North Korea nuclear disarmament extend for one day

The talks, which also include China, Russia, the U.S. and the two Koreas, began Wednesday in Beijing and was originally planned for two days through Thursday.

Delegates are planning to extend the talks after deciding that they need more time to discuss details "so that they can achieve some results," a Japanese Foreign Ministry official traveling with the delegation said, on condition of anonymity by protocol.

Arms negotiators sought Thursday to firm up a commitment by North Korea to declare and disable its nuclear programs by the end of the year, a move that would prevent the communist nation from easily being able to make bombs again.

A South Korean Foreign Ministry official also said the talks are expected to continue through Friday.

The official, who spoke on customary condition of anonymity, added that the sides are expected to engage in bilateral meetings on Thursday afternoon, instead of resuming a full six-party session.