A pizza deliveryman was sentenced to death Tuesday for the murders of 10 women and an unborn fetus during the 1980s and '90s in Los Angeles neighborhoods. 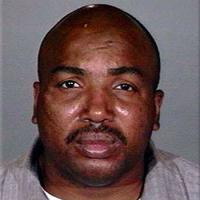 A jury in May recommended the death penalty for Chester Turner, and Superior Court Judge William R. Pounders on Tuesday agreed.

"I don't think any jury would arrive at a different conclusion and would, in any court, demand a death penalty," Pounders said.

Turner, 40, declined to say anything in court after several of the victims' relatives spoke at the hearing. The case will automatically be appealed.

Prosecutors said Turner preyed upon prostitutes and other impoverished women with drug problems who lived primarily in South Los Angeles.

He was convicted April 30 of 10 counts of first-degree murder, plus one count of second-degree murder for the death of one victim's fetus. That victim, Regina Washington, 27, was 6½ months pregnant when Turner strangled her with an electrical cord behind a vacant house in September 1989.

Another victim was found slumped over a portable toilet, and one woman was found in front of a crack house.

Turner was already serving an eight-year prison sentence for the 2002 rape of a woman on Skid Row when his DNA linked him to the 10 killings, carried out between 1987 and 1998.

Jurors also agreed with the special circumstance allegations that Turner committed multiple murders and that one of the victims - 38-year-old Paula Vance, killed in downtown Los Angeles on Feb. 3, 1998 - was murdered during the commission of a rape.

Turner also is suspected but has not been charged with four other murders. David Allen Jones, a mentally disabled janitor, was convicted of three of them but was freed after DNA evidence cleared him. Jones, 44, was released in 2004 after 11 years in prison and was awarded $720,000 in compensation.