U.S. Attorney General Alberto Gonzales received reports detailing legal or procedural violations by FBI agents in the months before he told senators that no such abuses had occurred, The Washington Post reported Tuesday. 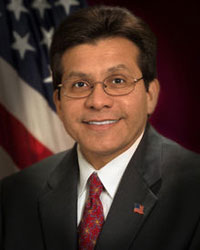 In April 2005, while seeking renewal of the broad powers granted law enforcement under the USA Patriot Act, Gonzales said, "There has not been one verified case of civil liberties abuse" from the law enacted after the Sept. 11, 2001,terror attacks.

According to the Post, Gonzales had received a least half a dozen reports describing such violations in the three months before he made that statement. The newspaper obtained the internal FBI documents under the Freedom of Information Act.

The violations, the Post reported, included unauthorized surveillance and an illegal property search.

Justice officials said they did not know whether Gonzales had read the reports.

Department spokesman Brian Roehrkasse said, "The statements from the attorney general are consistent with statements from other officials at the FBI and the department." He told the Post that many of the violations were not illegal but merely involved procedural safeguards or even typographical errors.