Fresh from a battle over abortion, Mexico's Roman Catholic Church is drawing up a proposal to loosen restrictions on its participation in political debate. 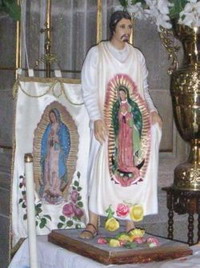 The president of Mexico's Catholic Lawyers College, Armando Martinez, told The Associated Press on Monday that the changes would include "total" freedom of expression in political affairs and allowing public schools to offer religious education.

Mexican law forbids clerics from "forming associations for political ends" and bars them from partisan politics or holding political meetings at churches. It also outlaws religious teachings at public schools.

The Mexican government has kept the church on the political sidelines for the last century, fearing a return to the days when priests controlled much of the nation's public life.

But the debate over the church's role was renewed this spring when several priests spoke out publicly against Mexico City's eventual legalization of abortion in the first trimester. The church mobilized thousands against the measure.

Mexico's conservative National Action Party, which holds the presidency and is often allied with the church, has not stated its position publicly about the proposal.

But the idea has already met resistance, especially with Mexico's largest opposition party, the leftist Democratic Revolutionary Party, which controls the capital.

"This would be a setback," said congressman David Sanchez, of the Democratic Revolutionary Party.