Avril Lavigne has rejected a claim by a member of a 1970s rock band that her hit "Girlfriend" copied one of his tunes. 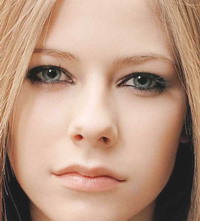 Songwriters Tommy Dunbar and James Gangwer allege in a lawsuit filed in U.S. District Court in San Francisco that Lavigne and her co-writers lifted their 1979 song, "I Wanna Be Your Boyfriend."

The song was performed by The Rubinoos, which included Dunbar, on their 1979 album, "Back to the Drawing Board."

"We are not so naive as to chalk it up to some sort of cosmic coincidence," Dunbar said last week. "The lyric, the meter, the rhythm - they're identical."

Terry McBride, Lavigne's manager, said in a statement Monday that "upon the expert opinion of the country's foremost musicologists, there is no basis" for the allegations. The statement was released in an e-mail from a representative at Sony BMG Music Entertainment, which distributes Lavigne's music.

She co-wrote "Girlfriend" with songwriter Lukasz Gottwald. The song was featured on her latest album, "The Best Damn Thing."

In a statement posted Friday on her Web site, the 22-year-old pop princess said "Girlfriend" and "I Wanna Be Your Boyfriend" have no musical similarities.

"They claim that a small part of the lyrics are the same and are saying that I took these from them. I had never heard this song in my life."

"All songs share similar lyrics and emotions," she said. "Luke and I have done nothing wrong and there is no merit to their claim."

A court date is scheduled Aug. 28 in Oakland, California.