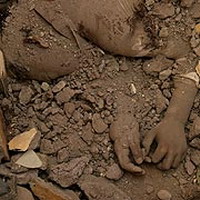 A 21-year-old student from the University of Tennessee was found dead at the bottom of a stairwell while studying abroad in Paris.

Nathan Boals, 21, died Sunday during a trip that began last week with 18 other students.

There was no preliminary evidence of foul play, the university said in a statement. An autopsy was conducted Monday and the investigation was continuing.

The students' trip, based in Paris with excursions to other cities in Belgium and France, was intended to help students compare communications between the United States and European Union member nations.