Beyonce Knowles visits victims of fireworks accident at her concert

Two people injured when fireworks went awry at a Beyonce Knowles concert in St. Louis were surprised at visit of the singer herself. 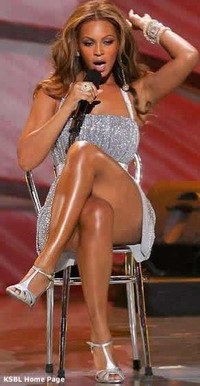 Beyonce Knowles visits victims of fireworks accident at her concert

Two concertgoers were taken to Barnes-Jewish Hospital. Spokeswoman Kathy Holleman would not release their names but said the injuries were minor.

"She was just very concerned about the people injured in the audience," Williams said. "It was unannounced and we kept it very low-key so that she could spend time with them."

Knowles met with the fans for about 45 minutes. "I just thought it was a great thing for someone of her stature to do," Williams said.

She won a Grammy Award in February for contemporary R&B album for "B'Day," her second solo album. She also starred in the movie "Dreamgirls."