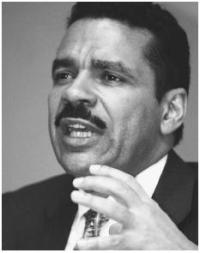 The head of Interpol said Monday that Britain's anti-terrorist efforts are "in the wrong century," pointing out that authorities in London had not shared any information from the investigation of three failed car bomb attacks and had not made good use of a passport database.

"We have received not one name, not one fingerprint, not one telephone number, not one address, nothing, from the U.K., about the recent thwarted terrorist attacks," Ronald Noble, Interpol's secretary general, said in an interview with British Broadcasting Corp. television.

"My view is that the U.K.'s anti-terrorist effort is in the wrong century," Noble said.

"It is not aware of what we are able to do today globally, and they should do more. We don't have one Metropolitan police officer from the anti-terrorist unit assigned to Interpol - not one. Can you explain to me why that is?"

Detectives on three continents are working to piece together details of the failed attacks on two London nightspots and the airport in Glasgow, Scotland.

In Britain, Prime Minister Gordon Brown received a preliminary report from the security minister, Alan West, on his review of the National Health Service's procedures for investigating the credentials of physicians. All of the suspects in the car bomb investigation were employees or past employees of the health service.

Police in Australia on Monday asked a judge for more time to question an Indian doctor arrested in Brisbane in connection with the British attacks.

Indian investigators have seized a computer hard drive belonging to the man suspected of ramming a Jeep into the Glasgow airport, a senior police official said Monday

Two cars packed with gas cylinders and nails were discovered June 29 in central London. The next day, the flaming Jeep Cherokee smashed into the security barriers at Glasgow airport.

Eight people are in custody as suspects - seven in Britain and one in Australia. One has been charged: Bilal Abdullah, an Iraqi doctor who was identified as the passenger in the Jeep.

Most of the suspects worked for Britain's health service and come from countries in the Middle East or from India.

British Prime Minister Gordon Brown said last week that authorities would work to expand a "watch list" of potential terrorists so that authorities in other countries could be warned of possible threats.

Noble said Britain - like most countries - has so far failed to take advantage of Interpol's list of 7 million lost or stolen passports. However, he said Britain was now testing systems to access the database, and said he hoped that would be working within months.

"I believe it is significant that only 17 out of the 186 member countries currently systematically check the passports of visitors to their countries against a global database that contains 7 million stolen passport numbers."

Switzerland, he said, checks the database 300,000 times per month, and typically gets 100 hits on stolen or lost passports.

Britain now checks the database about 30 times a month, and the United States use it 80 times per month, he said.

"The U.K. works closely with the Interpol secretariat and with member states to provide police-to-police cooperation," a Home Office spokesman said, speaking on condition of anonymity.

"SOCA, as the U.K. arm of Interpol, consults Interpol databases and performs searches on behalf of U.K. law enforcement, in addition to which U.K. police forces have direct secure access to Interpol databases," the Home Office said.