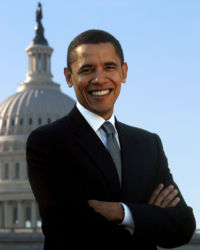 The millions of dollars raised by Barack Obama cannot help the nagging doubts and growing pains.

The Democratic presidential hopeful recently reported raising $32.5 million (EUR23.9 million) over three months, a staggering haul that shifted focus from the question of whether the 45-year-old political phenom is ready for prime time.

The first-term senator continues to draw large crowds - as he did in early primary state Iowa last week - and his message of hope and unity has captivated many voters weary of political polarization. The campaign has already attracted more than 259,000 contributors - a jaw-dropping figure.

But in the weeks before his cash totals were disclosed, the Obama campaign hit a series of rough patches that seemed to highlight his relative inexperience on the national stage.

-Critics dismissed as somewhat lackluster Obama's performance in three nationally televised debates. One was a civil rights forum in which Obama, the field's only black contender, was expected to shine.

The debates proved an effective showcase for rival Hillary Rodham Clinton, and the strong reviews she received helped reinforce her status as the Democrat to beat. The candidates will debate again July 23 in South Carolina.

-Obama's relationship with Chicago real estate mogul Antoin "Tony" Rezko continues to draw scrutiny, even as the candidate has sought to further distance himself from his longtime political consigliere. The Obama campaign has already shed about $37,000 (EUR27,000) in contributions connected to Rezko, who was indicted last year on charges he sought kickbacks from companies doing business with an Illinois state pension fund.

-An Obama campaign research memo surfaced criticizing Bill and Hillary Clinton's financial connections to India. The memo fell into the hands of Clinton's communications team, who promptly shared it with reporters. The snarky tone of the memo - which at one point identified the Democratic New York senator as "D-Punjab," rather than the customary D-N.Y. after her name - seemed to contradict Obama's stated commitment to running a positive campaign.

Obama blamed his staff for producing the memo, the third time he has publicly pointed the finger at employees for campaign mishaps. He then spent most of an Iowa campaign trip distancing himself from the memo and apologizing to his Indian-American supporters.

"Obama is to some extent a victim of his own success - when you come blazing out of the gate, it makes it very difficult to continue to beat expectations," Democratic strategist Dan Newman said.

To be sure, none of the stumbles were fatal or even likely to sway many votes at this stage of the campaign - the party primaries do not start untilearlynextyear, and the general election is in November 2008. But evidence suggests Obama's fabled charisma has not closed the sale yet, either.

In Iowa, which holds the first voting contest, Obama is locked in a tough fight with Clinton and former Sen. John Edwards.

Observers say Obama is building a strong organization in Iowa but has a lot more work to do to pull off a win.

"When Barack's here he draws great crowds, but that doesn't necessarily mean great support," said David Nagle, a former Iowa congressman and state Democratic Party chairman. "He's got to get here, he's got to get more intimate and he's got to realize that just having a lot of money doesn't cut it."

While some polls put Obama even with or ahead of Clinton in South Carolina, the former first lady has maintained a significant lead in several other early voting states, including New Hampshire, Nevada, Florida and California.

Obama aides acknowledge the campaign was roughed up a bit during the last few weeks but said their fundraising and huge donor base demonstrated a level of interest in Obama's candidacy that can transcend a few bad news cycles.

"It's the biggest show of grass-roots support of any presidential campaign in the history of the republic - it's larger than a financial bottom line," Obama spokesman Robert Gibbs said.

Yet separate from a few campaign stumbles lies the more enduring question about Obama: With just 2 1/2 years in the U.S. Senate, his first national-level office, does he have the experience necessary to lead in a dangerous world? Aides say privately the issue of experience remains the campaign's fundamental challenge.

"It's a valid question, but a long campaign benefits us in that regard," campaign manager David Plouffe said. "People will closely watch and make a determination of whether they think he's ready, and I have a high degree of confidence that they will."

Obama has taken steps to address the experience question, offering detailed plans on how he would handle a variety of issues as president, including health care, global warming and government reform.

Whether Obama's message of change and unity can stand up to Clinton's campaign discipline and emphasis on experience remains unclear. But many strategists argue that Obama will have more staying power than the grass-roots darling of the 2004 Democratic field, Howard Dean.

"This isn't just some phenomenon of the Internet - to liken Barack Obama to the flash-in-the-pan Dean campaign does him a disservice," Democratic strategist Garry South said. "There is something happening with this guy, and I don't think he should be given short shrift."