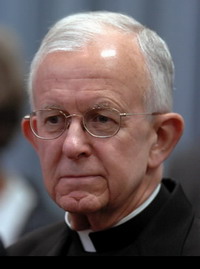 Robert Holomshek, 37, was molested decades ago by his former parish priest when he served as an alter boy at the former St. Francis Xavier school on Chicago's North Side, said lawyer Gene Hollander.

Hollander said Holomshek was preparing to file a suit against the archdiocese that claimed the Gulf War veteran was assaulted by Rev. Joseph L. Fitzharris.

"We do not discuss details of settlements," she told The Associated Press.

Fitzharris resigned in 1995 and couldn't be reached for comment Sunday. He was one of a dozen current and former priests named in a sexual abuse lawsuit that the archdiocese settled in May for $6.65 million (4.89 million EUR).

Fitzharris' name also appears on an archdiocese-maintained list of areas priests who have substantiated allegations of sexual misconduct with minors.

Hollander said Holomshek has struggled to hold down steady employment.

"Every aspect of my client's life has been affected," he said. "He thinks all of his problems really stem from what happened to him as a little boy."