Man spends much of his professional life hunting for ideal strawberry

What makes the perfect strawberry? May be it is the crimson skin, studded with small flecks of seeds, enveloping the juicy red and white core. Or it is the flavor, the balance between the sweet and sour, making it a favorite for dunking in chocolate or soaking in pools of cream. 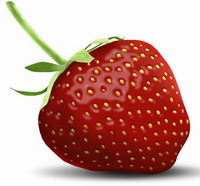 Man spends much of his professional life hunting for ideal strawberry

For the answer, try asking a man who has spent much of his professional life hunting for that ideal fruit, sacrificing large sums of his own money and a bit of his own body, pickling his guts in marathon tastings to narrow down what he wants in a berry.

"You taste the sweetness right up front, then you get a good whiff of the aroma. Then it will move back through your nose," said Harry Swartz, standing among strawberry plants outside a research greenhouse at the University of Maryland, his fingers stained red from squeezing berries. "You get a firmness, then a melting texture underneath. That is what I am looking for."

Along with a fellow Maryland professor, Swartz is trying to build a better berry - a fruit tailored for gourmet markets and different tastes worldwide that also can be grown and harvested more cheaply and efficiently than current methods.

Swartz, also a private fruit breeder, has not found that fruit yet. But he thinks he's getting closer. He is now working with a potentially revolutionary strawberry plant from Spain that could be easier and more affordable to produce and harvest. If this plant proves successful, Swartz says it could save farmers thousands of dollars per acre.

And there is a lot of money to be made. The strawberry industry churned out $1.5 billion (1.1 billion EUR) worth of berries domestically last year, primarily from fields in Florida and California that keep strawberries in stores all year. Worldwide, China now rivals the United States as the largest producer of the fruit.

Strawberries now rank with bananas and apples among the most popular fruits, with each American eating an average of 4 pounds (1.8 kilograms) of the berries each year. They rival oranges for vitamin C and contain antioxidants that may help ward off cancer. That, along with greater availability of berries year round from big producers, has led to a strawberry explosion.

"The market has been expanding every year for the last 10 years," said Kevin Schooley, executive director of the North American Strawberry Growers Association.

But the delicate small fruits, which grow in clutches on vines that hang below thick green leaves, are fickle when it comes to harvesting. Berries on the same stem often ripen at different rates, meaning a field must be picked several times. That type of labor can add significantly to the cost of production.

The strawberries sold in those plastic clamshells are also missing a key ingredient according to Swartz - taste. Underripe and crunchy, the acid can overwhelm the sweet. Others are loaded with sugar, overwhelming the subtle floral flavors.

Swartz said it was frustration withthese "cardboard" berries that made him think there must be a better way to breed a strawberry.

His first focus is on flavor. Swartz is trying to infuse different tastes into berries, tailored for different global markets. He is now concentrating on the moschata, or musk, berry that was once widely cultivated in Europe. He eventually plans to breed cinnamon flavors for South American palates, floral flavors for the French and chocolate for Americans.

"What I want people to feel when they eat these things is a mint julep, a nice cool summer, a quenching flavor."

He has the network in place to breed the fruit, including a company called Five Aces Breeding and the Maryland Industrial Partnership Program, a university program that helps fund private sector work. But he needed the perfect plant.

Swartz thinks he may have found it in a field in Huelva, Spain. He dubbed it "monophylla" because it is characterized by single-bladed leaves, in contrast to the triple-bladed leaf fan of a normal strawberry plant.

Instead of hanging low in clusters close to the ground, the monophylla berries grow on stiff, upright branches, making them easier to harvest. The plant appears to flower at the same time, with fruit ripening simultaneously. That means berries from the plants could be harvested in one swoop with a piece of machinery, Swartz said.

"We're talking about savings of thousands of dollars an acre to harvest them," Swartz said.

But he had a problem. The single-bladed plant is a rarity, a genetic anomaly that he has to understand, replicate, then produce in large quantities. He enlisted the help of Gary Coleman, a professor at Maryland who works on plant genetics.

Coleman is trying to isolate the genes that create the monophylla traits, then find a way to breed them in the strawberry Swartz is trying to build. That may not be possible - Coleman is fairly certain that the gene is recessive, meaning dominant genes would muscle it out if it is reproduced on a large scale. However, it could be accomplished through genetic engineering, turning off the dominant genes so the monophylla traits take hold.

"I'm pretty confident I can do that," Coleman said.

It will likely take some time. Swartz estimates it could take five to 10 years to produce the strawberry he wants, incorporating new flavors and the single-stem plant. But he hopes to have 20,000 of the traditional triple-bladed plants growing moschata-flavored berries ready by next year.

Swartz realizes he may be stretching too much to create this ideal berry, laughing nervously when he admits there may be big issues like consumer resistance to genetically engineered food. And while the scientist in him relishes the challenge of overcoming agricultural roadblocks, the businessman would be equally satisfied with a strawberry people will buy.

"The perfect strawberry is the one that makes you money," he said.