Saying "This is America, not Afghanistan," a judge found a man not guilty of disorderly conduct for refusing to obey a police officer's request to stop singing in a public park. 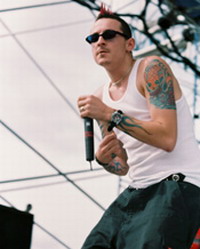 Anthony Riley, 20, had faced a three-month sentence after loudly singing "A Change is Gonna Come" in downtown Philadelphia in March.

Greg Wilkinson, the arresting officer, said Riley was singing so loud his voice drowned out his police radio.

"All he had to do was lower his voice and this never would have happened," prosecutor William James said.

Witnesses testified that Riley had asked the officer what law was restricting him from singing. Wilkinson responded that he was the law. When Riley asked whether he was still in America, Wilkinson replied, "This is Afghanistan," according to witnesses.

The city is now reviewing what kinds of music should be allowed in its public parks.