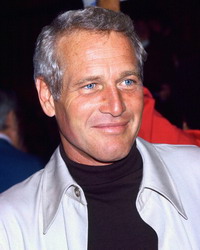 Inside an envelope delivered to Ypsilanti High School from Westport, Connecticut, was a check signed by Newman that will help defray costs associated with the drama club's upcoming trip to the Fringe Festival in Edinburgh, Scotland. Club members are scheduled to perform a 90-minute show.

A brief note accompanied Newman's check: "The enclosed contribution is sent with every good wish for continued success in your worthy endeavors."

Since January, the club has been soliciting donations via a mass letter-writing campaign that included Newman and other celebrities.

To date, the club has raised $75,000 (55,143 EUR). Peet said the money will cover travel, housing at the University of Edinburgh and two daily meals. She said Newman's donation will cut in half the club's need to raise $10,000 (7,352 EUR) for the show's production costs and another daily meal.

Newman's many acting honors include an Academy Award in 1986 for "The Color of Money," a Screen Actors Guild Award in 2005 for the movie "Empire Falls," and a Golden Globe in 2006.