Residents can now shoot intruders without fear of lawsuits

Starting in August, Missouri residents are allowed to fatally shoot intruders without fear of prosecution or lawsuits. 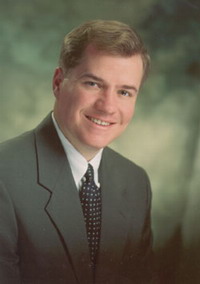 Residents can now shoot intruders without fear of lawsuits

Missouri Governor Matt Blunt signed the legislation Tuesday, the latest in a wave of states adopting the so-called "stand your ground" laws.

People can use deadly force once the intruder illegally enters their home, vehicle or other dwelling, including a tent. The bill provides an absolute defense against being charged or sued.

"It ensures law-abiding Missourians will not be punished when they use force to defend themselves and their family from attacks in their own home or vehicle," Blunt said in a written statement.

Eighteen states have similar laws, according to the National Rifle Association. The laws broaden self-defense by removing the requirement in most states that a person who is attacked has a "duty to retreat" before turning to deadly force.

Many of the laws specify that people can use deadly force if they believe they are in danger in any place they have a legal right to be - a parking lot, a street, a bar, a church.

Under the old Missouri law, deadly force was justified only if people thought it necessary to protect themselves or others from death or serious injury.

The bill does not apply in some circumstances, such as when the intruder is a police officer or when the resident was committing certain felonies, including murder, robbery, kidnapping or sexual crimes.