American lawyer who caused an international health scare by traveling while infected with tuberculosis has a less severe form of the disease than previously diagnosed. 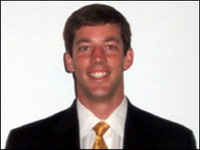 Andrew Speaker was diagnosed in May with extensively drug resistant TB, based on an analysis of a sample taken in March by the U.S. Centers for Disease Control and Prevention. The XDR-TB, as it is called, is considered dangerously difficult to treat.

But three later tests have all shown Speaker's TB to be a milder form of the disease, multidrug-resistant TB, a federal health official said on condition of anonymity before a news conference in Denver.

Multidrug-resistant TB can be treated with some antibiotics that the more severe form resists.

"Laboratory tests conducted at National Jewish Medical and Research Center indicate that patient Andrew Speaker's tuberculosis is susceptible to some of the medication previously thought ineffective against his disease," the hospital said in a written statement.

An about-face on the XDR diagnosis would be a major embarrassment for the CDC. The diagnosis was a key factor in issuing a quarantine order on Speaker, who had traveled to Greece to be married in May despite warnings from health officials that he shouldn't travel.

On Tuesday, the CDC did not immediately clarify whether they were wrong in the earlier diagnosis or whether there are two conflicting results.

Speaker's case was an international public health story and even raised questions about U.S. border security. Congress held a hearing on the CDC's handling of the case and Speaker's father-in-law, a TB researcher who works for the CDC, also came under scrutiny.

Speaker's family appeared on TV news talk shows to argue that health officials in Georgia had given confusing advice about whether he could travel.

The young lawyer was originally diagnosed with multidrug-resistant tuberculosis - which can withstand mainline antibiotics used to treat TB - before he left for a wedding and honeymoon in Europe. While there, he was told he had the more dangerous form.

The XDR-TB diagnosis stemmed from a sample taken in March through a bronchoscopy, in which samples are removed through a tube is pushed down a patient's throat. Other tests analyze sputum that a patient simply coughs up.

There are different lab techniques used to test samples, and it's not clear how the analysis at National Jewish hospital differs from the CDC's methods. However, a CDC official said the agency analyzed one of the three sputum samples and came up with the same result as the hospital - that Speaker had the more treatable form of the disease.

Federal health officials said Speaker ignored their warnings to seek help in Europe. Instead, Speaker and his wife crossed the border into the United States after taking a commercial flight to Canada and he was briefly placed under federal quarantine.

The incident prompted a hunt for passengers on the cross-Atlantic flights taken by Speaker so they could be tested for the disease.

Doctors at National Jewish had previously announced Speaker would undergo surgery in July to remove infected lung tissue, a practice sometimes used when drugs can't completely kill a TB infection. Allstetter would not say if the surgery was still planned.