Botswana welcomed a crew making a film of a popular series of detective novels, that would generate good publicity for Africa. 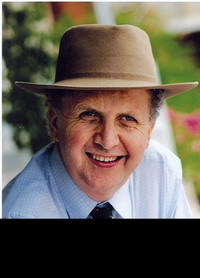 The film based on the No. 1 Ladies' Detective Agency series by Alexander McCall Smith is expected to be released by Christmas, and has the backing of Botswana's government.

"Africa for the first time will be shown in its true warmth and welcoming spirit," Kitso Mokaila, Botswana's tourism minister, said at a news conference.

Myra Sekgororoane, chief executive officer of the Botswana Tourism Board, said the books already have increased Botswana's international profile, and the movie would do so even more, bringing more visitors to the country. The movie also was expected to generate about 1,500 jobs for actors and film technicians in Botswana.

American producer Amy Moore said at the news conference that the movie also had the backing of a Botswana traditional healer, known as a sangoma. She said she met the sangoma while doing research for the movie in northern Botswana, and asked him about her project's prospects.

"The sangoma said to me: 'It is going to be a very long journey but a very successful journey,'"' said Moore, who added she had first come to know Botswana when she hitchhiked through the country as a student 20 years ago.

Smith's books have been international best sellers and critical successes, starting in 2003 with "The No. 1 Ladies' Detective Agency". Some describe the books less as traditional mysteries than slices of modern African life, featuring Precious Ramotswe, who declares early in the series that "we help people with the problems in their lives. We are not here to solve crimes."

U.S. R&B diva Jill Scott has been selected to play the lead role of Ramotswe, described in the books as "traditionally built," a reference to the more fuller figures of southern African women. The film will be directed by award-winning British director Anthony Minghella of "Cold Mountain" and "The English Patient" fame. Shooting starts Monday.