Summertime in Hollywood slows down its pace

Summertime in Hollywood is not as hot as it was at the beginning. 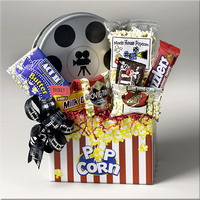 Summertime in Hollywood slows down its pace

While the three May blockbusters - Sony's "Spider-Man 3," DreamWorks Animation's "Shrek the Third" and Disney's "Pirates of the Caribbean: At World's End" - have combined for nearly $1 billion (740 million EUR) in domestic revenue, overall business and movie attendance are well below the record pace many show business types had expected.

Attendance is running behind last summer's and has even fallen below that of summer 2005, a year of box-office failures that had some analysts predicting audiences were abandoning movie houses in favor of home theaters and other entertainment options.

With studios offering a stronger late-season lineup than normal this year, attendance likely will pick up and lift Hollywood to a respectable summer. Still, early forecasts that Hollywood would have its first $4 billion (2.9 billion EUR) summer now look like wishful thinking.

Through Sunday, the industry had pulled in $1.9 billion (1.4 billion EUR) since the first weekend in May, according to box-office tracker Media By Numbers. About half of that came from the third "Spider-Man," "Shrek" and "Pirates" flicks.

"You can't have a summer's fortunes riding on the backs of three films. I looked at these three films in May and said, `Oh, record summer,' like everyone else did," said Paul Dergarabedian, Media By Numbers president. "Three or four big movies does not make for a record summer. You have to have a solid bullpen or backfield to support the weight of those big blockbusters to build up the overall box office."

Modern Hollywood's best summer for revenues came in 2004, when the industry took in $3.95 billion domestically for the entire season. Based on admission prices, which rise every year, the best summer for actual movie attendance was 2002, with 653 million tickets sold.

The industry is well behind both records this summer. Through Sunday, 279 million tickets had been sold, compared with 315 million in 2002, according to Media By Numbers. This summer's $1.9 billion in revenue is also shy of the record pace in 2004, when receipts were at $2.04 billion at this point.

While revenues this season are ahead of the $1.8 billion pace during the snoozy summer of 2005, attendance is down 4 million.

The slow summer has not been for lack of hits. Along with the big-three blockbusters, Universal's comedy "Knocked Up," theWarner Bros. casino caper "Ocean's Thirteen" and 20th Century Fox's superhero saga "Fantastic Four: Rise of the Silver Surfer" all have topped $100 million (73.5 million EUR).

Disney's animated "Ratatouille" and Fox's action tale "Live Free or Die Hard" both got off to solid starts this past weekend.

And while there have been some underachievers such as Universal's comedy "Evan Almighty," Sony's animated "Surf's Up" and the Warner Bros. mystery "Nancy Drew," Hollywood has yet to deliver an outright failure this summer.

Part of the shortfall results from overly high expectations for sequels, none of which so far have approached the returns of their franchises' highest-grossing predecessors.

To pessimists, that creates the two-sided perception of a $300 million blockbuster also being something of a disappointment.

"When we start snubbing our noses at $300 million, that's a problem," said Chuck Viane, head of distribution at Disney.

Overseas, big Hollywood franchises are more than making up for lower grosses at home. "Spider-Man 3" is Sony's biggest hit ever with nearly $900 million (661.7 million EUR) worldwide. "At World's End" has climbed beyond $900 million globally and will finish as No. 2 on Disney's all-time hit list, behind the $1.05 billion (770 million EUR) haul of last year's "Pirates of the Caribbean: Dead Man's Chest."

"Shrek the Third" has rolled out more slowly overseas but is edging toward $600 million (441.1 million EUR) worldwide, with plenty of life left outside the United States.

Still to come are the sequels "Harry Potter and the Order of the Phoenix," "The Bourne Ultimatum" and "Rush Hour 3," the Adam Sandler comedy "I Now Pronounce You Chuck and Larry," the big-screen cartoon "The Simpsons Movie" and the musical "Hairspray."

That leaves Hollywood with at least one big new movie every weekend through mid-August, a time when theater business normally is slowing for the summer.

"I'm not trying to be Pollyannish, but I think the second beginning of summer is right around the corner," said Viane from Disney, which closes out its summer with the live-action and computer-animation adventure "Underdog" in August. "There's so many good movies coming. You've got to let summer run its course. We may just have loaded all the stuff the public wants in the back end."

After the record-breaking debut of "Spider-Man 3," which pulled in $151.1 million in its first three days, a record summer looked inevitable. "Shrek the Third" and "At World's End" followed with $100 million-plus opening weekends.

The industry and audiences nowadays are preoccupied with first weekends, when theaters are full for big releases. But few movies stick around in subsequent weeks the way they once did.

"We're all focused on the biggest opening you can get on these films. If you don't have a $100 million opening, there's a lot of negativity, which shouldn't really be," said Nikki Rocco, head of distribution at Universal.

The studio delivered this summer's exception with "Knocked Up," which opened with a modest $30.7 million (22.5 million EUR) weekend but hung on through good audience buzz to reach $122 million (89.7 million EUR) and climbing.

With analysts and studio executives expecting a strong finish to summer 2007, the season still could go down as one of modern Hollywood's best.

"I was one of the people who figured on this being a record-breaking summer, no doubt about it," said Rory Bruer, head of distribution for Sony. "I'm a little surprised, but I do think that it's still going to be. Maybe not in the exact formula we thought. It's still going to be up. Just maybe not as up as most thought."