Worried that a planned day of protests by Canada's aboriginals could lead to violence and blockades, authorities  suspended rail service on two of the country's most traveled routes. 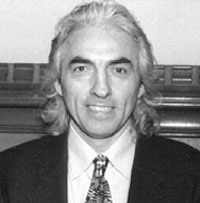 Via Rail announced the suspensions on the Montreal-Toronto and Ottawa-Toronto routes a day before Canadian aboriginals will protest issues such as poverty, poor health and lack of education on reservations.

Canada's premiers and territorial leaders issued a rare joint statement acknowledging that the aboriginals are understandably disappointed and frustrated with past injustices, but they urged that Friday's protests be peaceful.

A blockade in April by the Bay of Quinte Mohawks paralyzed rail service on one busy Ontario route, and their organizer is threatening to repeat the blockade on Friday and also possibly block Canada's busiest highway in Toronto.

But the chief of the Assembly of First Nations, Phil Fontaine, said natives should use Friday's protest to foster dialogue between Canadians.

Ontario Premier Dalton McGuinty said he has spoken to Ontario aboriginal leaders and said everyone agrees the day should go ahead "without incident."

"I remain hopeful that this national day of action will proceed in a peaceful and respectful way," McGuinty said.

Earlier this month, Canadian Prime Minister Stephen Harper took action on one especially sensitive issue, proposing legislation to speed up the legal process to resolve claims by aboriginals to land taken by the government.

While acknowledging that the aboriginals have "legitimate issues," Ontario Provincial Police Commissioner Julian Fantino promised that police would take action if Friday's protests get out of line.

"We can't allow the hijacking of that legitimate cause by those who are intent on creating anarchy or lawlessness in our country," Fantino said.

Full service is anticipated to resume on the Via routes on Saturday. Other Canadian rail companies are continuing service Friday.

"Via's priority is to ensure the safety and comfort of all passengers and crew," Via spokesman Steve Del Bosco said in a statement.

"While we recognize the impact this may have on individual travel plans, the decision was taken after careful consideration of the uncertainty of the situation and the potential risks involved in attempting to operate under such unpredictable conditions."