The head of a European Union parliamentary delegation that visited North Korea said Tuesday that officials there voiced their strong commitment to implementing an international nuclear accord. 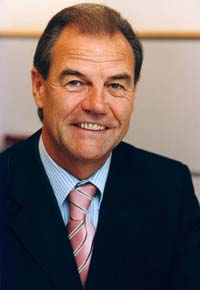 Hubert Pirker, who led the delegation, said North Korean officials expressed willingness to implement the accord as soon as possible, perhaps during the next month. Pirker spoke to reporters upon arrival at Incheon airport, near Seoul.

"They say to us in a very clear answer: 'We will do, we will follow the contract, we will realize it as soon as possible - maybe during the next month,"' Pirker quoted North Korean officials as saying in reference to a February accord reached with China, Japan, Russia, South Korea and the United States.

"It was a climate totally different from all the other visits we had years ago," Pirker said. "Maybe, there is a new chance, a new opportunity, to bring the country forward (in) more open directions," he said.

The five-member delegation visited the North beginning Saturday. It was also holding meetings with officials in Seoul.