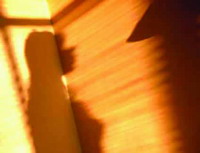 His request for jokes to tell as part of his final statement from the death chamber Tuesday evening has brought him about 20 letters a day.

"We need something to ease the tension," Knight said of his real-life attempt at gallows humor.

He is scheduled for lethal injection for the 1991 shooting of his neighbors.

"Death is my punishment, I've accepted that," he said last week from death row in the most active execution state in the U.S. "I'm not afraid of dying."

Knight, 39, said he came up with his plan after a death row colleague, Vincent Gutierrez, joked before his execution earlier this year: "Where's a stunt double when you need one?"

"I'm going to go up there and tell them I'm the stunt double guy," Knight said.

The nearly 400 condemned prisoners - Knight would be the 397th executed in Texas since 1982 - have proclaimed innocence, acknowledged guilt, sought forgiveness, prayed, sang, recited poetry and biblical verses or said nothing. They have spoken in foreign languages, railed against an unfair criminal justice system and spouted obscenities. One even appeared to try a filibuster as time for the death warrant neared expiration.

Knight has been getting about 20 letters a day, many of them including jokes. A friend also was collecting jokes for him on a Web site.

"My impression is he's similar to most of the hoodlums that are on death row, who have no regard for your rights or property, nor mine, and no regard for human life," said Farren, whose office prosecuted Knight's 1993 capital murder trial.

Knight's appeals have been exhausted and his lawyer had no plans to raise any last-minute issues. The U.S. Supreme Court in February refused to review his case.

His execution would be the 18th this year in Texas and the fourth this month. At least 10 more condemned Texas inmates have executions scheduled in the coming weeks, including two in July and five in August.

Knight was condemned for the abduction and fatal shooting of Walter Werner, 58, and his wife, Mary Ann, 56. Knight lived in a trailer on property next door to them.