Lutheran pastor is not hero in gay community in Atlanta

The tattered cloth scraps started arriving St. John's Lutheran Church shortly after the Rev. Bradley Schmeling protested against the church hierarchy, each with an embroidered or drawn message of support. 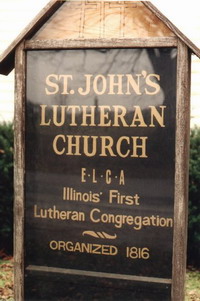 Lutheran pastor is not hero in gay community in Atlanta

"God is with you. Make fire in Atlanta," reads one of the hundreds of prayer cloths. "All love is holy," says another.

Schmeling's refusal last year to resign after telling a church bishop he was in a gay relationship has earned him quite a following.

More than 1,000 supporters joined an online prayer vigil to back Schmeling while a disciplinary committee was making its decision to defrock him and order him to vacate his pulpit by Aug. 15. He is appealing the order.

Since the panel's ruling, his congregation's membership has spiked and he came in fourth in the election for the region's next Lutheran bishop. He even served as a grand marshal for Sunday's annual gay pride parade in Atlanta, one of the largest such festivals in the United States.

Members of his congregation marched behind the car carrying Schmeling, and other members stood along the parade route.

"To see the crowd respond so positively was wonderful," said Barbara Arne, a St. John's member. People stopped her after the parade "to say how wonderful it was to have so many churches supporting the gay community," she said.

"I'm a little embarrassed by all the attention," Schmeling said Saturday. "But I feel like it's a chance for me to witness for a church that's open, accepting and loving to everyone. So many churches have only harsh and negative words for gay and lesbian people."

He said that when he became pastor of St. John's seven years ago his gay lifestyle was no secret to the Evangelical Lutheran Church in America. He was single then, and he said he told Bishop Ronald Warren he would come forward if his situation changed.

The change came in March 2006, when Schmeling decided his relationship with his boyfriend had become a lifelong partnership. He told Warren and the bishop promptly asked him to resign.

Warren called a disciplinary hearing, and the 12-member committee decided that church rules left them no choice but to defrock Schmeling and order him out of the pulpit. The denomination's policy excludes gay, bisexual and transgender persons in relationships from the ordained ministry.

However, the committee also angered Warren by suggesting that the church consider reinstating gay clergy forced to step down because of their relationships. It said that, aside from his relationship, Schmeling has proved he is worthy of his title.

The ELCA could consider making such a change at its churchwide assembly starting Aug. 6 in Chicago. Church leaders will meet this week to sort through 119 proposals, and roughly half are related to gay and lesbian matters, said John Brooks, an ELCA spokesman.

"I know of proposals that have come forth arguing the church should change its policy, others saying they don't want a change in policy and others saying we shouldn't deal with this at all," he said. "The church is certainly not of one mind on this."

Schmeling won't predict what will happen.

"We're still praying that the church will do the right thing and change the policy. If not, we haven't wanted to speculate," Schmeling said. "That's what this process is teaching us: How to live in the moment."

His congregation has stood by him during the dispute.

"From the beginning, the congregation has been very supportive of him - and wanting the church to be inclusive of all people," said Arne, a 25-year member of the congregation who led the committee that selected Schmeling seven years ago.

"Just based on our own congregation, it's quite clear to me that there's a great need for Schmeling's message," she said. "We've had a lot of members that have been very badly hurt by the church, and you'd like to think the church is a place you can turn to for support, no matter who you are."

At a meeting of southeastern Lutheran leaders in Atlanta this month, Schmeling joined about 60 colleagues in an election to replace the bishop, who is retiring.

"I told them I yearn for a church that's accepting to everyone," Schmeling recalls. "And I hope for a church that could be a model for remaining united even in the face of deep disagreement."

After his surprising fourth-place finish in that election, he said he's now more confident than he was a few months ago.

"I pray the change in policy will come this summer," he says. "But if it doesn't, I know it will come one day."