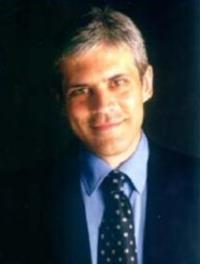 Serbia is ready for a “compromise” over Kosovo but warned that the independence for the breakaway province could destabilize Europe.

"At the same time, we believe that in further talks (with Kosovo Albanian leaders) we could reach a compromise solution that would be acceptable to all," Tadic said.

The U.S. and European Union are backing a U.N. Security Council resolution which they hope would lead to Kosovo's quick separation from Serbia. But, Serbia rejects the plan, and veto-wielding Russia says it will continue its opposition unless Belgrade approves it.

Serbia's breakaway southern province, where ethnic Albanians comprise an overwhelming majority, has been a U.N. protectorate since NATO intervention that ended a war between Serb forces and separatists rebels in 1999.

"Kosovo is not only Serbia's problem, but Europe's problem as well," Tadic said. "We don't want to be a problem for Europe, but a part of Europe's solution."

Tadic did not say what compromise might be possible but said Serbia was still willing to grant wide autonomy - rather than full independence - to Kosovo. That offer has repeatedly been rejected by the Kosovo Albanian leadership.

Serbian officials have said that they have sent their new proposal for Kosovo to Russian President Vladimir Putin for his meeting with George W. Bush at the Bush family compound in Kennebunkport, Maine, on July 1-2.

Russian-U.S. relations have worsened rapidly amid Moscow's backing of Belgrade over Kosovo, criticism of the U.S. missile defense plans and U.S. complaints that the Kremlin is backsliding from its newfound democratic ways and is strong-arming its ex-Soviet neighbors.