A $54 million (40.3 million EUR) lawsuit against a South Korean dry cleaner over a pair of trousers may have caused a global guffaw, but some are not laughing. 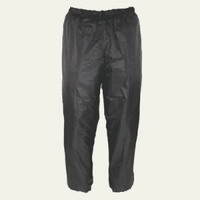 As Roy L. Pearson's lawsuit against the immigrant-owned business has dragged on for two years, it has proven to be both burdensome and embarrassing to the court system. The suit, which initially asked for $67 million (50 million EUR), has also taken a tremendous emotional and financial toll on the Chungs, the family that owns the business.

The family's attorney, Chris Manning, says the case has ruined the Chungs' lives. In fact, the stress of the litigation caused co-owner Soo Chung to lose three dress sizes, and now she is altering her own clothes. The family's American dream to own a business has turned into "the American nightmare," Manning said, and the Chungs are considering returning to South Korea.

While the Chungs have asked that the exact amount of their legal fees not be disclosed, Manning said a defense fund set up by the family members has raised only a fraction of their costs, which run in the tens of thousands of dollars. The husband and wife also have had to endure the media spotlight.

Pearson has said that his problems with Custom Cleaners began in May 2005 when he brought in several suits for alterations. A pair of pants from a blue and maroon suit was missing when he requested it two days later. The Chungs say they found the pants soon after and tried to give them to Pearson, but Pearson insists those are not his.

Pearson would not comment about the effect of his lawsuit, but in an e-mail to The Associated Press he blamed the Chungs for causing harm by posting what he considers misleading signs - including one that read "Satisfaction Guaranteed."

The suit has sparked widespread outrage from legal groups and even bloggers, some of whom have said the pants case is further tarnishing the image of the American judicial system.

The National Labor Relations Board has called for Pearson to be disbarred, and the tort reform group has called for him to be fired from his job as a D.C. administrative law judge.

The groups also are hoping Mayor Adrian M. Fenty and the city council will consider amending the consumer protection act under which Pearson added up violations for thousands of dollars over several years to reach his multimillion dollar figure.

McKinney said the law has been on the books since the 1970s and "predates the industrialization of personal injury litigation." He said the law also lets people bring a claim without proving any injury.

D.C. Council member Mary Cheh, who chairs the Public Service and Consumer Affairs Committee, said she is not sure if the consumer protection law is being properly applied in this case.

"I doubt that it was the intent of the law to take a subjective consumer interpretation that he didn't get what he wanted as an unfair trade practice," she said. "But if that's how people are interpreting it, I will look into it."

It is difficult to measure the lawsuit's cost to city taxpayers. District of Columbia Superior Court officials estimate the courtroom costs for last week's two-day trial at $5,200 (3,881 EUR). But that figure does not include countless hours since 2005 spent by two judges and court clerks reviewing Pearson's numerous court filings.

"Certainly, common sense tells us that any moment, any dollar, any dime spent by city taxpayers and city government in hearing a case like this is time and resources that are not being devoted to more serious, more important cases," said Darren McKinney, a spokesman for the American Tort Reform Association.