A campaign to get an Elvis Presley specialty license plate may be rallying for the King, but it is taking a cue from the Beatles' "With a Little Help From My Friends." 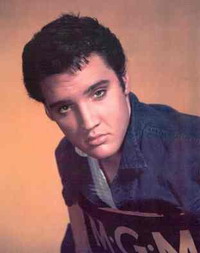 Elvis Presley Enterprises and the Regional Medical Center at Memphis will launch a media blitz to attract the 1,000 purchasers they need for the state to begin production of the Elvis plate.

Proceeds from sales of the plate would benefit the medical center's Elvis Presley Memorial Trauma Center.

The drive kicked off in October 2005 with organizers expecting to quickly meet the 1,000 threshold. But the effort has fallen flat.

After the first deadline passed last summer, The Med was given a one-year extension. Hospital spokesman Kathy Stringer said last week that 750 Elvis fans and hospital supporters have signed up, leaving 250 to go before the June 30 deadline.

"We're planning a radio blitz to try to reach the goal," she said. Radio spots already have run in Memphis, and Stringer said more spots are scheduled to run in Nashville, Knoxville and Chattanooga.

If The Med fails to sign up 250 more buyers by the end of the month, it can seek a sponsor for special legislation to grant another extension when the state legislature begins its next session in January.

Specialty plates are a highly competitive business in the state with 150 groups, ranging from wildlife supporters to hospital foundations, vying for the loyalties and tax revenues generated by the plates.

Efforts by the National Civil Rights Museum and the Memphis Grizzlies to get 1,000 orders were abandoned when they failed to meet deadlines.

Specialty plates cost about $35 (26 EUR) more than regular license plates. The Med estimated last year it would receive roughly $20 (14.9 EUR) in revenue for each plate sold.