A New York artist detained by police when she went on a topless stroll two years ago has accepted a $29,000 (21,780 EUR) settlement from the city. 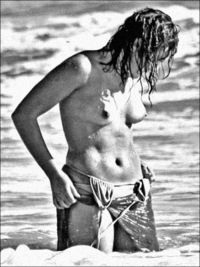 Jill Coccaro, 27, was charged briefly with indecent exposure despite a 1992 state appeals court ruling that concluded women had the right to be topless if men were allowed to take off their shirts.

Coccaro, who now goes by the name Phoenix Feeley, bared her breasts on Aug. 4, 2005.

Feeley remained in custody for 12 hours before she was told prosecutors were not going to pursue charges.

Her attorney, Jeffrey Rothman, told the Daily News for its Sunday editions that his client won the civil rights settlement from the city, which did not admit or deny wrongdoing.

"We hope the police learn a lesson and respect the rights of women to go topless," Rothman said.

Feeley told the New York Post for its Sunday editions that she was not treated well after her arrest. She claimed in an October lawsuit that a police officer yanked her out of a patrol car by her hair and police took her to a hospital for a psychiatric evaluation.

She told the newspaper she had gone bare-breasted after running the 2004 New York marathon without police bothering her.

"I've always just felt that was something natural," Feeley said of going topless. "I've kind of always done it out of practicality."

The city settled on June 4.