Elephants emerged safer and tigers got some support, but sharks and corals failed to win protection at a two-week wildlife trade conference that ended Friday. 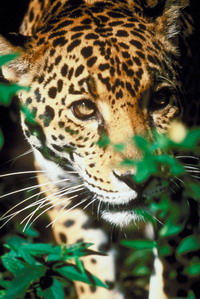 The conference also saw a shift in conservation politics with ministers throwing their weight behind negotiations.

China emerged for the first time as a major player at the triennial meeting of the Convention on Trade in Endangered species, or CITES, surprising delegates with its activism.

The signatories of the CITES treaty, adopted in 1975 to rescue rare plants and animals threatened with extinction, turned their attention as never before to common timber and fish vital to the economies of many nations.

And critics worried about the increasing role of politics as the 171-nation CITES met to review its lists of tens of thousands of threatened species, with the first ministerial-level meeting at a CITES conference.

"The ministerial forum has added a strong political dimension," said Will Travers, head of the Species Survival Network, a coalition of about 80 nongovernmental agencies. "It's too early to say whether this is good or bad, but I am concerned."

The ministers were credited with breaking an 18-year deadlock over the sale of ivory by southern African countries, which were allowed a one-time sale of accumulated tusks to Japan, the only authorized buyer. In exchange, the nettlesome elephant and ivory issues would be taken off the CITES agenda for nine years.

The conference ended in disappointment for environmentalists. An earlier committee decision was overturned by the full plenary which would have regulated the trade in pink and red coral used for jewelry.

South American and Asian countries with powerful timber industries helped defeat proposals to regulate trade in Spanish cedar and rosewood species, which conservationists say are being stripped from rain forests.

But big-money fisheries and timber were put on notice, and those species that failed to win protection were certain to come up again in future meetings.

Not all commercial varieties lost. Among newly regulated species were the European eel, considered a delicacy in much of the continent, and the pau brasil tree of Brazil, the source of top quality bows for stringed musical instruments.

The conference also increased scrutiny in the caviar trade - long plagued by a booming black market - to help save the Caspian Sea sturgeon.

"We have listed new species that have been outside the scope of the convention for economic reasoning rather than scientific," said CITES Secretary-General Willem Wijnstekers. "I think that should continue."

"It's sad to see, because this is one of the more progressive conventions we have," said Peter Pueschel, of the International Fund for Animal Welfare.

Delegates spent the final day snared in a budget fight, spending more than four hours debating whether to raise the US$4.6 million (3.5 million EUR) budget of the CITES secretariat by 7.5 percent, or US$340,000 (255,370 EUR). The United States, which pays 22 percent of the budget, objected. In the end, a 6-percent increase was approved.

"There are so many things they want CITES to do, but nobody is willing to pay for it. It's pitiful," said Susan Lieberman, of the World Wildlife Fund for Nature.

CITES veterans said they noted a shift of power among the parties.

China, an importer of tropical timber and a major investor in Africa, was at the center of several contentious issues, but its record was mixed. In one of the more significant showdowns, it failed to block a resolution urging it to maintain a 1993 ban on the sale of tiger parts for traditional medicine and warning it to rein in its program of breeding tigers.

In other power shifts, the European Union swung many issues and aroused some anger for voting as a 27-member bloc. Japan was less aggressive than it had been in previous meetings. And the United States "was not the powerhouse it was 15 years ago," said Travers, of the pro-wildlife coalition.