The U.S. and its allies urged North Korea to act on its pledge to start dismantling its nuclear program as previously frozen North Korean money made its way Friday to the communist nation's accounts. 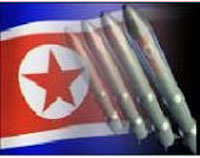 Restoring access to that money had been Pyongyang's key condition to disarm, and although the demand apparently was being met, some parties in the protracted six-nation arms talks with North Korea warned that progress might nevertheless be slow.

Restoring access to that money had been Pyongyang's key condition to disarm, and although the demand apparently was being met, some parties in the protracted six-nation arms talks with North Korea warned that progress might nevertheless be slow.

"The future task of denuclearization is much more difficult than the (banking) issue," South Korea's nuclear envoy Chun Yung-woo said Friday upon returning from Washington where he met his U.S. counterpart.

"Even though the fund transfer problem is resolved, North Korea could come up with more demands," Japanese Foreign Minister Taro Aso said in Tokyo. "There is no guarantee we can resume the six-party talks right away."

Some US$25 million (EUR 18.6 million) in North Korean accounts had been frozen at Macau's Banco Delta Asia since 2005, when the U.S. blacklisted the bank for allegedly helping the Pyongyang regime pass fake US$100 bills and launder money from weapons sales.

The North made the money's release its main condition for disarmament and boycotted international nuclear talks for more than a year, during which it conducted its first-ever atomic bomb test in October.

But to win the North's promise to start dismantling its nuclear program, the U.S. agreed to give its blessing for the money to be freed and said it would happen within 30 days. The transfer has instead taken more than four months as the North insisted that it be sent electronically to another bank, apparently to prove the money is now clean.

Macau's secretary of economy and finance, Francis Tam, said Thursday the money has been transferred, but it remained unclear if it was the entire amount or whether it had reached its destination.

Officials knowledgeable about the transfer said that more than US$23 million was involved but that the transaction was not complete. The officials spoke on condition of anonymity because the transfer was still under way.

An official in Hong Kong who has been following the case closely said, "It's my understanding that some of the money has been left in the bank."

The official, who asked not to be identified because of the issue's sensitivity, said some of the funds were in accounts opened by Macau businessmen who deposited the money for North Koreans and wanted to keep the money in the Chinese territory.

Several media reports have said the money would be sent through the U.S. Federal Reserve branch in New York before arriving in North Korean accounts in Russia's Far East.

The North did not yet comment on the transfer.

"The transfer is in progress," said South Korea's Chun. "Let's wait and see how long it takes for North Korea to confirm it."

Regardless of the financial issue, the U.S. and Japan urged Pyongyang to start dismantling its nuclear weapons. The countries are part of arms negotiations that also include China, Russia and the two Koreas where the North promised in a Feb. 13 agreement to stop making nuclear weapons in exchange for aid and political concessions.

"If and when transfer does take place, we expect the North Koreans to live up to the provisions of the Feb. 13 agreement," White House spokesman Tony Snow said in Washington