American consumers' health is possibly put at risk because of bogus ingredients slipped into imports ranging from toothpaste to dietary supplements. 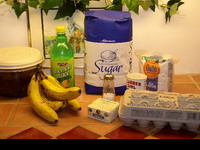 Suppliers who substitute cheaper ingredients for the real thing seldom get busted because the government and private labs review few of the products flooding in.

Recent bouts of bad ingredients in pet food and toothpaste showed how suppliers can fool the limited safety checks.

Fad-driven supplements are particularly vulnerable - a rush of demand for a pill with an expensive key ingredient can present a quick-buck opportunity. Much like anti-doping officials tasked with ensuring that athletes are clean, by the time scientists spot how their tests are being cheated, suppliers have a new trick.

Ingredient substitution is not a priority of the U.S. Food and Drug Administration, unless officials conclude consumers are being exposed to harm. As a result, regulators only take action after problems surface.

Such complications are underreported. Companies have not had to relay incidents to federal regulators, though new tracking requirements begin in December.

Multiple private labs that test supply quality have in recent years found a hodgepodge of pills lacking advertised ingredients, including chondroitin, saw palmetto, bilberry and coenzyme Q-10. Each is relatively expensive and many are supplied by China, a country with a long tradition of herbal remedies and a history of poor food safety.

The products are supposed to help with joint pain, prostate health, vision and the heart, though federal law prohibits most claims that supplements treat or cure illness.

That has hardly hampered the industry. Last year, Americans bought an estimated $1.4 billion (1 billion EUR) worth of those four supplements alone, an increase of 28 percent over four years, according to Nutrition Business Journal.

An example of how unscrupulous suppliers can swoop in to exploit a situation came after hurricanes thrashed Florida in 2005, derailing saw palmetto production.

To fill the void, Asian suppliers began hawking "Chinese saw palmetto" for $60 (45 EUR) per pound. It was an obvious scam: The saw palmetto plant grows in the Southeast. The extract being peddled was based on palm oil, which is worth less than $1 (0.75 EUR) per pound and which no one claims has medicinal properties.

Despite the rip off, suppliers were not held accountable.

James Neal-Kababick, director of Oregon-based Flora Research Laboratories, said his firm routinely finds supplements with problems. One issue, he said, is anticipating what hot product will be doctored next.

"At some point, there's going to be a shortage, and that's when you're going to see the adulteration," Neal-Kababick said. "It can be dangerous or it can just be a rip off."

The dietary supplement industry's main trade groups said ingredient substitution is overhyped as a problem. They cite powerful business incentives to ensure products work as advertised and don't harm anyone.

"Responsible companies understand that they have a relationship of trust with their consumers," said Steve Mister, president and CEO of the Council for Responsible Nutrition.

Like Mister, other industry officials allowed that some unscrupulous firms make bad products but said those are the rare exception among the hundreds of U.S. supplement makers.

Firms with a reputation for quality say they invest in finding reliable sources and even then test all the supplies because some batches will inevitably be bad.

"We do this to prevent injury to our customers or surprises," said Lon Heiner, who oversees quality control at Utah-based Nature's Way Products, Inc. "When companies don't do that, sooner or later they're going to have problems. And the consequences of that have a tremendous cost."

Doctoring products is not new. During the Great Depression, merchants bulked up flour with talc. For centuries, sawdust was added to bread. What is different now is the global economy has expanded the realm of potentially bad products.

The latest examples involve toothpaste which contained a chemical cheaper than the standard sweetener - and used in antifreeze. The first brands were from China - this week, the FDA warned about product from South Africa. Though no serious illnesses have been reported, the FDA is stopping imports of suspect Chinese toothpaste and has urged Americans to throw away any tubes they have.

Before that was pet food spiked with a low-cost industrial chemical from China that appeared to boost its protein content and has been blamed for sickening hundreds of cats and dogs.

Because the FDA inspects only 1 percent of overall imports, it falls to manufacturers to conduct quality control tests.

The system is imperfect. Pressure not to interrupt the manufacturing process can make for a shallow analysis. The right battery of tests, for example, can decipher whether a substance actually is chondroitin - but it's cheaper to run a basic test that's tricked simply by using a cheap filler with molecules roughly the same size as costly chondroitin.

Federal regulators are close to producing "good manufacturing practice" guidelines specific to supplement makers that could solve some of the root problems. The move to write new rules dates to the 1990s, when at least two people required emergency treatment for an irregular heartbeat after taking a "body cleansing" supplement containing the toxic substance digitalis rather than the listed herb plantain.

Absent those specific guidelines, the private sector has created a patchwork of voluntary quality certifications that can include overseas inspections of raw material suppliers, many in China and India.

Federal regulators find fake ingredients in domestic products as well. The FDA has levied big fines and even won jail terms for makers of "pure" juices that were actually water, food coloring and flavoring, as well as cheap soybean oil masquerading as olive oil.

Neither of those posed a health threat. In other cases, connecting substituted ingredients with illnesses can be hard. An unlisted ingredient could trigger an allergy or become harmful when combined with a pharmaceutical someone is taking - but doctors might not realize the chain because the patient didn't knowingly ingest the ingredient.

Beijing recently announced steps to repair the battered image of its food and ingredient exports. Assurances include the nation's first recall system, better inspections and criminal punishments for those who ignore safety rules.

The central government's administration supervising product quality ignored repeated requests for comment on ingredient substitution, including what mechanisms may already be in to prevent it.

Meanwhile, China has started rejecting U.S. shipments as substandard, an apparent retaliation for criticism of its own exports. The products: pistachios, raisins - and health supplements.