Power companies in New Zealand have eight months to accomplish tough new rules protecting vulnerable consumers after a woman died when the power to her home and oxygen machine were cut off. 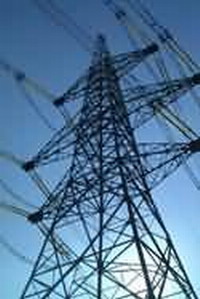 Folole Muliaga, 44, a nursery school teacher, died two hours after public utility Mercury Energy disconnected her electricity because she and her husband had not paid a 168 New Zealand dollar (US$122; 91 EUR) bill.

Muliaga had an enlarged, weak heart and she relied on the oxygen pump to help her breathe.

Her death last month outraged New Zealanders, with Clark denouncing the company's actions as intolerable and vowing tough regulations to better protect the elderly, infirm and other vulnerable people.

Under new rules outlined Monday, companies will have to identify "consumers reliant on electricity for medical equipment to maintain life, and not disconnect those consumers," Clark said.

Power utilities will be required to identify all "vulnerable consumers" who have trouble paying for electricity and consult with government agencies before they can be disconnected.

The rules also will require the companies to advise consumers having trouble with electricity bills of aid available from government and community agencies.

There will be "the threat of regulation" if - by next February - companies refuse to take steps to identify and assist vulnerable consumers instead of the current practice of disconnecting their power after warnings about unpaid bills, Clark said.

"I envisage we will get good compliance but, in case we don't there will be the possibility ... to regulate in the future," she said, adding that the law will be amended to allow regulation if retailers fail to comply.

Until now the industry has operated under a voluntary code.

Within hours, state-owned Mercury Energy said it will introduce the changes as soon as possible. It has insisted it was not aware Muliaga depended on the oxygen machine.

But Muliaga's family said she and her son explained to the technician who cut the power that she needed the oxygen pump to stay alive and invited him into the house to see it.

The 20-year-old son later said his mother had told him not to call an ambulance but to wait until the father returned from work. The exact cause of death remains under investigation by police and a coroner.