Mexico's Roman Catholic Church has been cleared of accusations that its opposition to abortion violated a law banning priests from mixing in politics, but the church will mount a campaign to change the law. 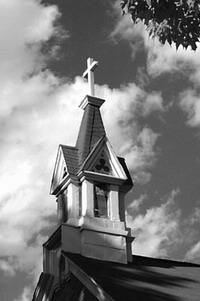 The church's vocal campaign to defeat a proposal to legalize abortions in Mexico City in April stepped over the line, politicians said in a complaint, after some prelates suggested voters should remember who voted for the law at election time. The law passed anyway.

On Saturday, the government dismissed the complaint, saying the church had done nothing wrong. But prelates say they are tired of being challenged over their every word.

"If the Mexican Constitution's articles six and seven guarantee the right of free speech to all individuals ... then any law that limits that speech is like making priests second-class citizens," Carlos Villa, a church spokesman in Mexico City, said Monday.

Armando Martinez, president of Mexico's Catholic Lawyers College, said the church has asked his group to draw up a proposal to be presented in about two weeks to change the laws and allow the church to participate fully in public debate.

"Mexico is one of the countries that most restricts human rights and freedom of speech in religion," Martinez said.

He called for changes that would allow priests to "fully express themselves politically" without supporting political parties or running as candidates.

The current law, passed in the 1990s, forbids clerics from "forming associations for political ends" and bars them from partisan politics or holding political meetings at churches.

Prelates who violate the law can face fines or the closing of their churches.

During much of Mexico's history, the church was a dominate political and economic force in Mexico, until reforms in the 1850s - and anti-clerical laws following the 1910-17 revolution - stripped the church of much its power and property.

Catholics staged a bloody uprising against those rules in the late 1920s.

Those restrictions were eased in the 1990s. Now, some fear the church may try to use its still-considerable influence in politics.

"There were a lot of deficiencies in the (Saturday) ruling. The Interior Department rushed to exonerate" Cardinal Norberto Rivera, said Jesus Robles, who filed the complaint against Rivera and other church officials.

"We didn't want to limit their right to free speech. But for historical reasons, which I think are still valid, in our country they cannot be allowed to attack our country's institutions and political parties."