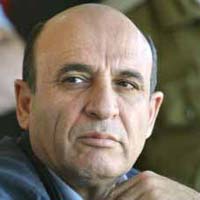 An Israeli Cabinet minister confirmed Saturday that the Israeli government has sent messages to Syria, but did not reveal the content.

"In light of the tensions (between Israel and Syria) in the current period, and considering the fact that in the past ... they (the Syrians) sent messages that they want peace, I thought and I still think today that a secret channel ... needs to be," Cabinet Minister Shaul Mofaz told Israel Radio.

"And such an approach, in a secret channel was made," Mofaz said. "This was said clearly by the (Israeli) prime minister's office. At this stage, there is no response or comment on this issue."