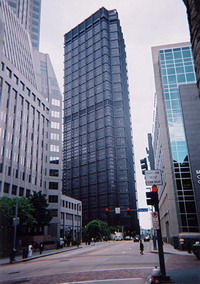 U.S. Steel must take those actions at its Clairton Coke Works under a consent decree announced Friday by the Allegheny County Health Department.

The deal stems from smoke and particulate pollution from the largest of the mill's 12 coke oven batteries. It contains 75 of the plant's 816 coke ovens.

U.S. Steel officials did not immediately return a call on the agreement.

Coke, which is made by baking coal in large brick ovens for hours to remove impurities, is a fuel used in steelmaking.

U.S. Steel must replace the walls in the ovens by June 30, 2010. The company could also be fined by the hour for visible pollution emissions detected by a smoke monitor, and must pay a $50,000 (37,455 EUR) fine if that monitor is not working 90 percent of the time, said Roger Westman, the health department's air quality manager.

Health officials hope the agreement will improve the air quality in Clairton, which does not meet federal Environmental Protection Agency standards for particulate pollution.

The pollution violations were recorded by a built-in smoke monitor in the battery's main combustion stack. Other equipment designed to control particle emissions when the coke ovens are emptied failed compliance tests in 2005 and 2006, the health department said.

U.S. Steel has agreed to a $395,900 (296,576EUR) fine to settle the past violations and will pay $250 (187 EUR) an hour for future pollution detected by a smoke monitor at the plant, Westman said. U.S. Steel will not be fined for the first 33 hours of violations each quarter, however, to allow for maintenance of the smoke monitor and other down time, he said.