Mexico's Supreme Court has rejected a widely criticized media law, flexing its power to confront the monopolies that control everything from the television shows to the tortillas Mexicans eat. 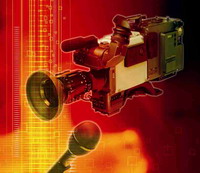 Many major Mexican industries - telecommunications, corn and cement, to name a few - are dominated by monopolies or oligopolies that have survived unfavorable World Trade Organization rulings and repeated government promises to topple them.

The story is no different on television, where Grupo Televisa SA and rival TV Azteca dominate the small screen and have kept competitors at bay while building business empires that hold record labels, radio stations and professional soccer teams.

President Felipe Calderon took office Dec. 1 pledging to do what others before him did not: Open the economy to more competition, lower consumer prices and create more jobs. So far, he has done little to achieve that goal, but the Supreme Court decisions - ratified on Thursday - could give his administration the boost it needs to take action.

Supreme Court rulings in the past have failed to take a strong stance against monopolistic practices.

"This is a very clear example that they are willing to get involved in ensuring competition," said John Ackerman, a professor with a legal research institute at Mexico's National Autonomous University.

Mexicans were outraged when Congress approved legislation dubbed the "Televisa Law" last year, giving away bandwidth for new television, Internet and telephone services exclusively to the two media giants without bids or compensation to the government. It also automatically renewed their existing concessions for 20-year periods, blocking competition for decades.

The law was passed swiftly by both houses of Congress and took effect in April 2006. But some legislators later appealed the measure to the Supreme Court, saying pressure and influence from broadcasters in the period leading up to last July's presidential election played a role in its quick approval.

"Televisa and TV Azteca felt the need to write a law that assured their dominance, and that is why this is a shining example of the court standing up and exercising its role within the division of powers in Mexico," Ackerman said.

The series of rulings won't immediately change who produces television soap operas or radio news programs because Televisa, which controls 70 percent of the media market in Mexico - and much of the Spanish language programming in Latin America and the U.S. - has concessions here that won't expire for another 14 years.

In the most significant ruling, justices said Tuesday that Mexico can't simply give away to Televisa and TV Azteca the new frequencies that will be created by the switch from analog to digital. Instead, lawmakers will have to redraft the law to allow competition for the slots.

"The fact that the media is concentrated in a few hands distorts the right to information because it allows those in control of the media to manipulate, to mold public opinion," Justice Olga Sanchez said.

The justices also rejected a new law giving the Senate the right to block presidential nominations to the telecommunications regulatory commission, an agency previously accused of bowing to powerful telecoms companies.

Televisa criticized the rulings in a statement read on its main newscast late Thursday.

"Some of the resolutions are worrisome since they can stall or even inhibit the technological development of broadcasting and telecommunications, putting these Mexican sectors at a disadvantage with other countries," the network said.

Raul Trejo, a media researcher at the National Autonomous University of Mexico, said the rulings make the creation of a third network probable, but only after Congress rewrites the law.

Lawmakers who take up the changes, likely this fall, won't be the same as those who passed the original law more than a year ago, because Congress changed hands in September. The new lawmakers will likely follow the Supreme Court's instructions because of intense public pressure surrounding the issue.