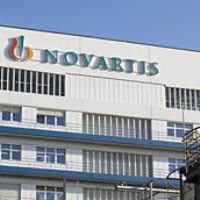 "The risks of Zelnorm outweigh the possible benefits for some patients based on analyses from home and abroad," China's State Food and Drug Administration said in a statement posted to agency's Web site.

The agency said China's National Center for Adverse Drug Reaction Monitoring has received 98 reports of adverse reactions concerning Zelnorm since it was introduced to the Chinese market in 2003. Most involved diarrhea and nausea, with one reported case of abnormally fast heartbeat and another of low blood pressure.

Two drug companies in southern city of Chongqing and one Beijing drug manufacturer were ordered to stop production of the drug, the agency said. A third company in Chongqing was told to halt plans to start producing it.

The official Xinhua News Agency said that hundreds of thousands of Chinese patients use the drug.

Novartis agreed in March to stop selling Zelnorm in the United States, the name under which it was sold there, at the request of the Food and Drug Administration after it was linked to a higher chance of heart attack, stroke and worsening chest pain that can become a heart attack.