Kosovo PM: do not betray this trust 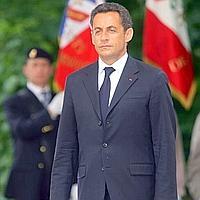 Kosovo PM: do not betray this trust

After French President Nicolas Sarkozy suggested a six-month delay on a decision on Kosovo, region’s Prime Minister the West on Friday not to betray the trust of Kosovo's ethnic Albanian majority on a U.N. plan for independence.

The U.S. and key European nations back supervised independence for the Serbian province, but Russia, Serbia's traditional ally, objects.

French President Nicolas Sarkozy said at the Group of Eight summit in Germany on Thursday suggesting to Putin that Belgrade and Pristina be given six months to work out a deal; if there is no agreement, then the U.N. plan would be applied. A Putin spokesman said only that there was "some movement" on the matter.

Agim Ceku told The Associated Press on Friday that he was waiting for the details of what was agreed at the summit in Germany and that he still hoped that Russia and the other countries could agree "a practical and realistic deal on Kosovo quickly."

"But, I want to say this to the international community: we have trusted you to bring clarity to Kosovo. We have committed to the U.N. path and we have been very patient," Ceku told AP. "I urge you, do not betray this trust."

The United States and key European countries at the U.N. Security Council have endorsed a plan that would grant Kosovo independence. However, Russia - with veto power at the council - has opposed the province's secession and warned it could use its vote to block the resolution on Kosovo.

Talks between ethnic Albanians and Serbia ended in March after the two sides failed to agree on the disputed future of the province. Since then, the U.N. envoy in charge of the talks has recommended Kosovo be granted internationally supervised independence and his plan has introduced a set of measures to give Serbs living in Kosovo broader rights.