Iran has released three Finnish men it seized as they fished near a disputed Persian Gulf island. 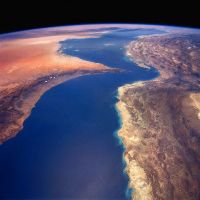 The Foreign Ministry in Helsinki said Iran freed the three Finns Wednesday, but the men remained stuck on the island of Abu Musa because of Cyclone Gonu, which has been downgraded to a tropical storm.

An Iranian Foreign Ministry spokesman also said the men had been released, according to two semi-official news agencies.

The three men working for Nokia Siemens Networks in the United Arab Emirates were on a weekend jaunt near the island of Abu Musa when their boat "mistakenly navigated into Iranian waters," said Barry French, a spokesman for the Finnish-German telecom company.

Abu Musa is claimed both by Iran and the UAE.

Following the Finns' seizure, the Foreign Ministry in Helsinki revised its travel advisory on the Persian Gulf, saying that travel near Abu Musa and other islands in the region should be avoided.

Iranian Revolutionary Guards detained 15 British sailors and marines after seizing their ship on March 23 in what Tehran claimed were Iranian waters in the Persian Gulf. Britain insisted the crew was in Iraqi waters at the time. The 15 were released after nearly two weeks in captivity.

A British couple and an Australian man were released last year after being held in Iran for 13 days after their sailboat strayed into Iranian waters near Abu Musa.

In November, 2005, Iranian officials arrested a Frenchman and a German during a sailing trip, purportedly for taking photos of ships in the Persian Gulf. The men were released this year.