An animated display of London's jigsaw-style 2012 Olympics logo was withdrawn from an official Web site Tuesday following concern it could trigger epileptic seizures. 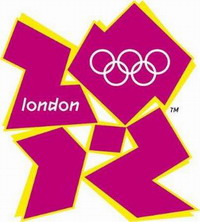 Epilepsy Action, a British health charity, said 10 people had complained about the animation Tuesday and some had suffered seizures as a result of watching images depicting a diver plunging into a pool.

"We have just been notified of the problem and we have taken immediate steps to remove the animation from the Web site," a London 2012 Olympics spokeswoman said on condition of anonymity in line with policy. "We will now re-edit the film."

The logo, unveiled Monday, already has attracted ridicule and within hours an online petition was established asking for a new design.

London's Design Museum founder Stephen Bayley said the logo was "a puerile mess, an artistic flop and a commercial scandal."

Chief organizer Sebastian Coe claimed the graffiti-style design was created to draw the attention of young people. An official Web site shows flashing and moving images of the logo, which - in a departure from previous games - has no visual imagery of the host city or country.