Russian investigators have established the identities of the abductors of four Russian diplomats who were kidnapped and killed in Baghdad last June, prosecutors said Tuesday. 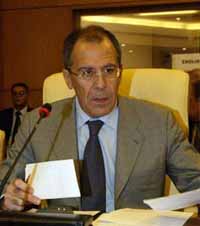 A team of Russian coroners who traveled to Iraq last month to collect evidence and examine investigation materials provided by their Iraqi counterparts, determined the identities of the abductors, the Prosecutor General's Office said in a statement.

The prosecutors office gave no information on whether the suspects were in Iraqi or U.S. custody or still at-large. The statement said only that the investigation will continue.

The four diplomats were abducted and killed in Baghdad in June 2006. Another embassy employee was also killed. The incident prompted calls from Moscow, a consistent critic of the U.S.-led military campaign in Iraq, for better security measures by Iraqi and U.S. forces.