Standing atop the Empire State Building and looking out on glinting skyscrapers and miniature yellow taxicabs, there is no doubt that New York is the place to be on her vacation from China. 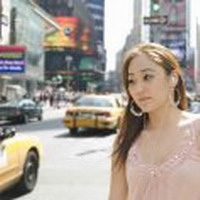 "Everybody needs to bite the Big Apple," the 36-year-old said with a smile.

Mass tourism advertising for New York - and for the U.S. as a whole - is still forbidden in Ma's native China. But everyone knows about this place, she said. Her friends all watch "Sex and the City", and even her mother has heard of California and New York.

That name recognition, coupled with a growing interest in tourism among Chinese who have seen their incomes rise while travel restrictions have lessened, could bring a fortune to hotels, tour companies and attractions around the U.S.

The number of Chinese who travel outside their homeland each year is expected to nearly triple to 100 million people by 2020, and American cities and businesses are positioning themselves to profit from what they hope will be a tourist boom. They are establishing offices in China, and lobbying the government to ease restrictions on travel to the U.S.

"In the next 10 years, it will probably dwarf any overseas market we may have, with the potential to dwarf all overseas markets combined," said Bruce Bommarito, vice president of international market development for the Travel Industry Association.

While the number of Chinese visitors has been increasing, they certainly haven't been overrunning American tourist attractions. Just 320,000 Chinese - 1.5 percent of all overseas visitors - traveled to the U.S in 2006. Of the Chinese who left the mainland, fewer than 1 in 100 headed for the U.S., according to American and Chinese authorities.

But many American entrepreneurs believe that number could soon explode.

Noel Irwin Hentschel, CEO of tour operator AmericanTours International, said China will be her company's top business focus in the coming decades. Speaking by phone from China, where she now spends half her time, she predicted that by 2009, Chinese tourists will account for one-tenth of the roughly 1 million customers her company ferries around the U.S. each year.

"There's more than a billion people here," Hentschel said. "Twenty percent of them are the ones with the money, with the ability to travel, from what we understand. There's a lot of pent-up demand."

Rising disposable income - now averaging $4,500 (3,349 EUR) a year in cities like Beijing - has made travel an increasingly attainable luxury, and one that is often viewed as a status symbol.

"China has a booming economy, and the middle class is growing very rapidly," said Ma, on a five-day, Mandarin-language bus tour of the Northeast. Faced with this new wealth, most people "want to go out of China and open their eyes," she said.

"In other parts of the U.S., they don't have many parties. They go to sleep early," she said before heading to see Wall Street and the World Trade Center site. But "New York is very interesting: They have many fashion shows and many parties."

To mine that interest in luxury, the Ritz-Carlton Hotel Company LLC is planning to open six hotels in China in coming years, out of the 19 it plans worldwide. Executives hope the expansion will help establish Ritz-Carlton as a high-status brand among the Chinese, said Vice President of Public Relations Vivian Deuschl. They are attractive customers both for their sheer numbers and for their spending habits, she said.

"They're very brand-conscious," Deuschl said. "The Chinese show every indication that they will be the strongest luxury brand loyalists anywhere."

Chinese with personal wealth estimated at more than $1 million (740,000 EUR) rank travel as their top leisure activity, according to a recent survey by the Shanghai-based Hurun Report.

Gambling is also popular among Chinese visitors, and Las Vegas has been working hard to cash in on their desire to find a seat at the blackjack and baccarat tables. Another favorite is dining in Chinese restaurants and visiting the nearest Chinatown, in part to see how Chinese-Americans live, Hentschel said.

Including money lost at the tables in Las Vegas and elsewhere, Chinese travelers on average spend about $5,800 (4,317 EUR) per visit - more than residents of any other nation except India, according to the U.S. Department of Commerce.

Smaller businesses, too, are working to draw Chinese visitors.

The Corning Museum of Glass in upstate New York has wined and dined Chinese tour operators, catering especially to the bus companies that pass through the area on their way between New York City and Niagara Falls. Now, 1 in 5 of their 350,000 yearly visitors arrive on these Mandarin-language tours.

And city and state tourism offices have increasingly been stepping into the mix, often sidestepping restrictions placed on the U.S. by negotiating directly with the Chinese government.

In 2004, Nevada - with the state's Commission on Tourism then under the direction of Bommarito - became the first non-nation to win approval from the Chinese government to open a tourism office there and advertise directly to the Chinese public.

Such individual deals are necessary because China has not awarded the U.S. "approved destination status," a designation that would facilitate group travel to the U.S. and allow tourism advertising directly to the Chinese public.

Some industry advocates say U.S. government restrictions present an even bigger obstacle, making it difficult for some Chinese to get tourist and business visas. But Tony Edson, the State Department assistant secretary for visa services, says the refusal rate of 1 in 4 is close to the worldwide average and the refusals are a necessary precaution against illegal immigration.

At last week's economic talks, the U.S. and China signed a declaration of intent to hold negotiations to ease Chinese travel to the U.S. Ana Guevara, the Commerce Department's deputy assistant secretary for services, says the agency hopes to reach a final agreement with the Chinese before the end of the year, although she called that goal "ambitious." Both governments have agreed to make the changes a priority, she said.

But one thing is certain: Chinese travel is already booming.

"This is a market of enormous size," said Lalia Rach, Associate Dean of the Tisch Center for Hospitality and Tourism at New York University. "It is difficult to wrap your mind around it. It is - not it will - it IS happening overnight."