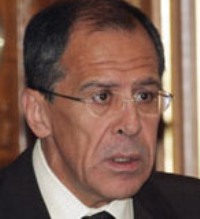 Foreign Minister of Russia said Friday that Britain tried to politicize the investigation into the death of former Russian spy Alexander Litvinenko, warning it would strain relations between Russia and the U.K.

Sergey Lavrov told reporters that "instead of a professional inquiry, we're seeing an attempt to turn the criminal case into some sort of a political campaign."

"It's having an impact" on the bilateral ties, Lavrov said.

Britain's Crown Prosecution Service accused a former KGB agent-turned-businessman Andrei Lugovoi of killing Litvinenko, and formally requested his extradition. Russia has refused to hand him over, saying it could prosecute him at home if Britain presented enough evidence.

Lavrov's remarks follow Lugovoi's statement Thursday claiming he had evidence that British intelligence services had a hand in the slaying - claims likely to further damage relations between Moscow and London.

Litvinenko, a renegade member of the Russian secret services hated by many former colleagues, died in a London hospital last November after ingesting radioactive polonium-210. He accused Putin on his deathbed of being behind his killing - charges the Kremlin has angrily denied.

Lugovoi, a Moscow businessman who met with Litvinenko on Nov. 1 in London, hours before the former agent fell ill, described the British accusations against him as an effort to shift suspicion away from the British spy services, who he said might be implicated in the crime. He didn't offer any evidence, saying he would only give details to Russian investigators.

"It's hard to get rid of the thought that Litvinenko was an agent who got out of the secret service's control and was eliminated," Lugovoi said Thursday. "Even if it was not done by the secret service itself, it was done under its control or connivance."

Lugovoi claimed that Litvinenko tried to recruit him to work for MI6, Britain's foreign intelligence agency, and to gather compromising materials about Putin and his family.

The Russian Prosecutor General's office said it would investigate Lugovoi's statements as part of its probe into Litvinenko's killing.

Oleg Kalugin, a former KGB general who lives in the U.S., told The Associated Press that Lugovoi's story was "ridiculous," intended to mask the complicity of Russian security services in Litvinenko's death.

"Lugovoi was part of this Russian security services team, and they are trying to find stories to cover up the crime that they committed," he said.

Lugovoi also claimed that Boris Berezovsky, a Russian billionaire living in London, might have been involved in Litvinenko's death. He said the former agent was angry after Berezovsky, his longtime friend and patron, reduced his living allowance.

Lugovoi claimed that Berezovsky, who briefly served as a deputy secretary of Russia's presidential Security Council during the 1990s, also was an MI6 agent and gave British intelligence sensitive information about Russia.

Berezovsky on Thursday denied Lugovoi's allegations, and said they were part of a Kremlin effort to divert attention from itself. "It is absolutely false," Berezovsky told The Associated Press. "This is not the story of Lugovoi, this is the story the Kremlin wants to present to the world. The Kremlin in a corner. Putin is in a corner."