Ohio Gov. Ted Strickland asked President George W. Bush for the second time for his assurances that state National Guard troops are receiving adequate training and equipment before being deployed to Iraq and Afghanistan. 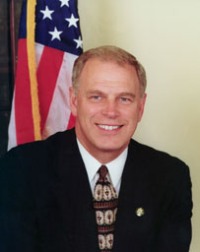 For the second time in less than two months, the Department of Defense has issued an alert order for the deployment of Ohio National Guard soldiers. An order was issued Saturday for roughly 160 soldiers, said Strickland spokesman Keith Dailey. They are to report to Fort Dix in New Jersey on Sept. 28.

The previous alert order for Ohio troops was issued April 9 and involved four Army National Guard brigade combat teams. Strickland, a Democrat, wrote Bush after the order was issued, asking for his assurances that the troops would be properly equipped and trained.

"The fact that I have not received a response causes me to wonder whether or not he is willing or able to give such a commitment," Strickland told The Associated Press in a phone interview. "I just think the president ought to be willing to answer these rather straightforward, basic questions."

Repeated deployments to Iraq and Afghanistan have left state National Guards without nearly half of their required equipment. Some governors around the U.S., including Kansas, North Carolina and California, have questioned whether they will be able to handle the next hurricane, wildfire or terrorist attack at home.

Strickland voted against the 2002 resolution authorizing the Iraq war said he sent his second letter via certified mail in an effort to make sure it was taken seriously.

"We appreciate the governor's letters and will continue to work with the Pentagon to address his concerns," White House spokesman Alex Conant said.