A kidnapped French aid worker released by the Taliban after five weeks in captivity in Afghanistan will return to France on Saturday. 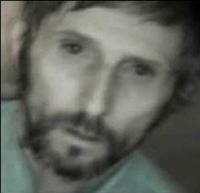 Eric Damfreville was to arrive at the Villacoublay military airport west of Paris early Saturday morning, the Foreign Ministry said in a statement on Friday.

Foreign Minister Philippe Douste-Blazy was to meet him at the airfield, the statement said.

Damfreville, who worked for the humanitarian aid group Terre d'Enfance, was released Friday after 38 days in captivity. He was abducted along with a female colleague and three Afghans in the country's southwestern Nimroz province on April 3.

The head of Terre d'Enfance, Antoine Vuillaume, said Damfreville had spent most of his captivity bound and gagged and described his health as "quite deteriorated."

The Taliban released the woman, Celine Cordelier, on April 28. There was no word on the fate of the three Afghans.

After taking the group captive, the Taliban demanded the withdrawal of all remaining French troops from Afghanistan. France pulled 200 French special forces out of Afghanistan late last year and still has about 1,000 troops stationed in the country.

The French aid workers' kidnapping came two weeks after Afghan authorities released five Taliban prisoners in exchange for an Italian newspaper reporter who was abducted along with his two Afghan colleagues in southern Helmand province on March 5. The two Afghans were killed.

French President Jacques Chirac said in a statement he was "delighted" to learn of Damfreville's liberation and called for the release of the three Afghans.

Terre d'Enfance said his release was a "great joy" for members of the aid group. It also called for the three Afghans' to be freed.

"We will only be completely relieved once Rasul, Azrat and Hashim have been released and returned to their families," the aid group said in a statement. "We ask that the mobilization of French and Afghan authorities which led to these first releases be continued until there's a happy outcome for everyone."