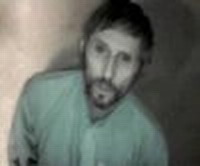 The Taliban released a French aid worker on Friday who was kidnapped in southern Afghanistan two months ago, and the International Committee of the Red Cross confirmed the French citizen had been handed over.

Eric Damfreville - working for charity Terre d'Efance - was kidnapped alongside his colleague, Celine Cordelier, and three Afghans in southwestern Nimroz province on April 3. The Taliban released Cordelier on April 28.