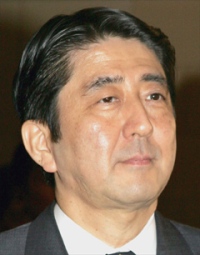 Prime Minister Shinzo Abe said Friday that Japan would revise its constitution to let its troops play a greater role in world peace missions – but only in those ones that would be needed for self-defense and to protest Japanese allies.

However, Abe promised that Japan would remain committed to the pacifist principles enshrined in its constitution, which bans the country from using military force to settle international disputes and from maintaining an army for warfare.

Overhauling Japan's constitution, which has not been altered since U.S. occupation forces drafted it after World War II, is one of Abe's top political goals.

"Japan's role in international society has largely changed from 60 years ago. We are expected, and have a responsibility, to play a greater role, and we can contribute to achieving global peace and stability by living up to the expectation," Abe told an upper house committee on constitutional revision.

He cited fears of terrorist threats, concern over North Korea's missile and nuclear development and growing expectations for the East Asian giant to make a greater contribution to international peacekeeping missions, as justification for updating the constitution.

Opposition lawmakers, however, argued that revision would lead to militarism.

"Many people are concerned that the revision of Article 9 would lead Japan to wage war overseas," said Communist Party lawmaker Kiyoshige Maekawa.

Article 9 is the part of the document that bars Japan from the use of force to settle international disputes.

Abe's ruling Liberal Democratic Party has pushed for decades for changes that would ease restrictions on Japan's military, including clearly recognizing the country's right to have a standing army.